Recently I visited Munich. As I was only there for a short time, I didn’t get to see many of the sights I’d like to (maybe a return visit is in the offering), but I did get to admire the mix of old and new, the walk-ability and the calmness of this great city.

There are so many recognisable sights in Munich, many centered around the central square Marienplatz. So that is where I shall start.

Okay, so I get that the New Town Hall looks rather old and Gothic, but it is relatively new. Neues Rathaus is arguably the most recognisable building in Munich, as it’s the focal point of the main square and it’s a looming, elaborately decorated piece of art.

It’s still in use as a government building and tourist office and you can take a lift to the top for €2.50 to see the views. 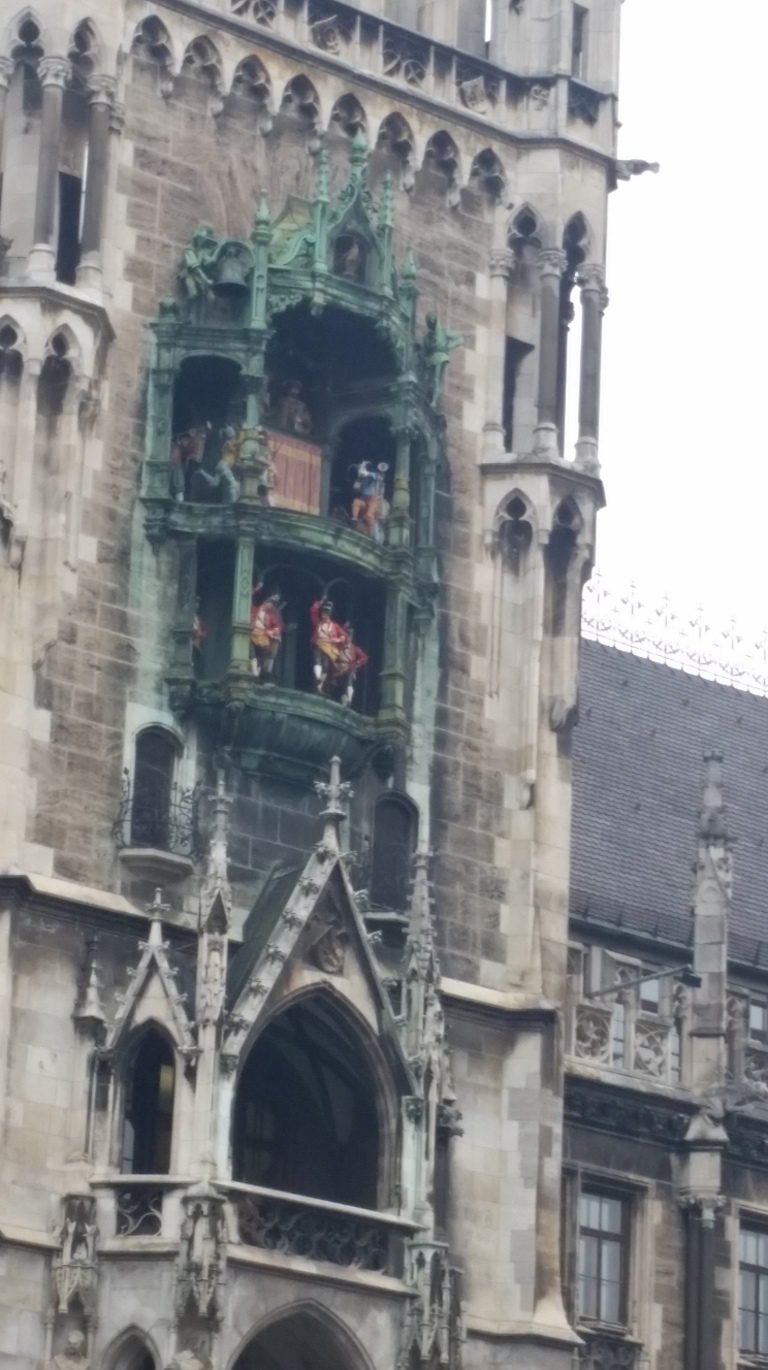 The Glockenspiel is part of the Neues Rathaus, located at the heart of the building. The bells chime and two rows of figures re-enact two German stories twice a day. It certainly wont be the coolest nor the most impressive thing you’ll see in Munich, but everyone loves it! The glockenspiel plays twice daily and the main square is always packed full of people waiting for the little figures to move.

Altes Rathaus is the original and Old Town Hall. Ironically it looks much newer than the New Town Hall that I spoke about above. The Old Town  Hall houses a small museum and is a lovely building to take photos of as it’s at the start of Marienplatz and just a little way down from the New Town Hall, so you can compare the styles and architectural styles of both.

Arguably Munich’s second most recognisable building is Frauenkirche, (pictured above). No building in Munich’s centre must be taller than this wonderful domed church, meaning it’s another major focal point. Due to a lack of money, domes were built instead of the more typical spires you see in churches, making this church unique. But it’s not just the outside of the church that people go to see…

Many people go inside the church to see a famous footprint on the floor, and not just any footprint…but that of the devil! The story goes that the devil allowed this church to be built as it was dark and had few windows, yet when he returned the church had more windows built and was brighter than before. In his anger he stamped his foot with such force, he left his mark forever on the floor. Whether you believe this tale or not, the inside of the church and a photo of the footprint itself is still worth making the time for. Below is a photo of the footprint. 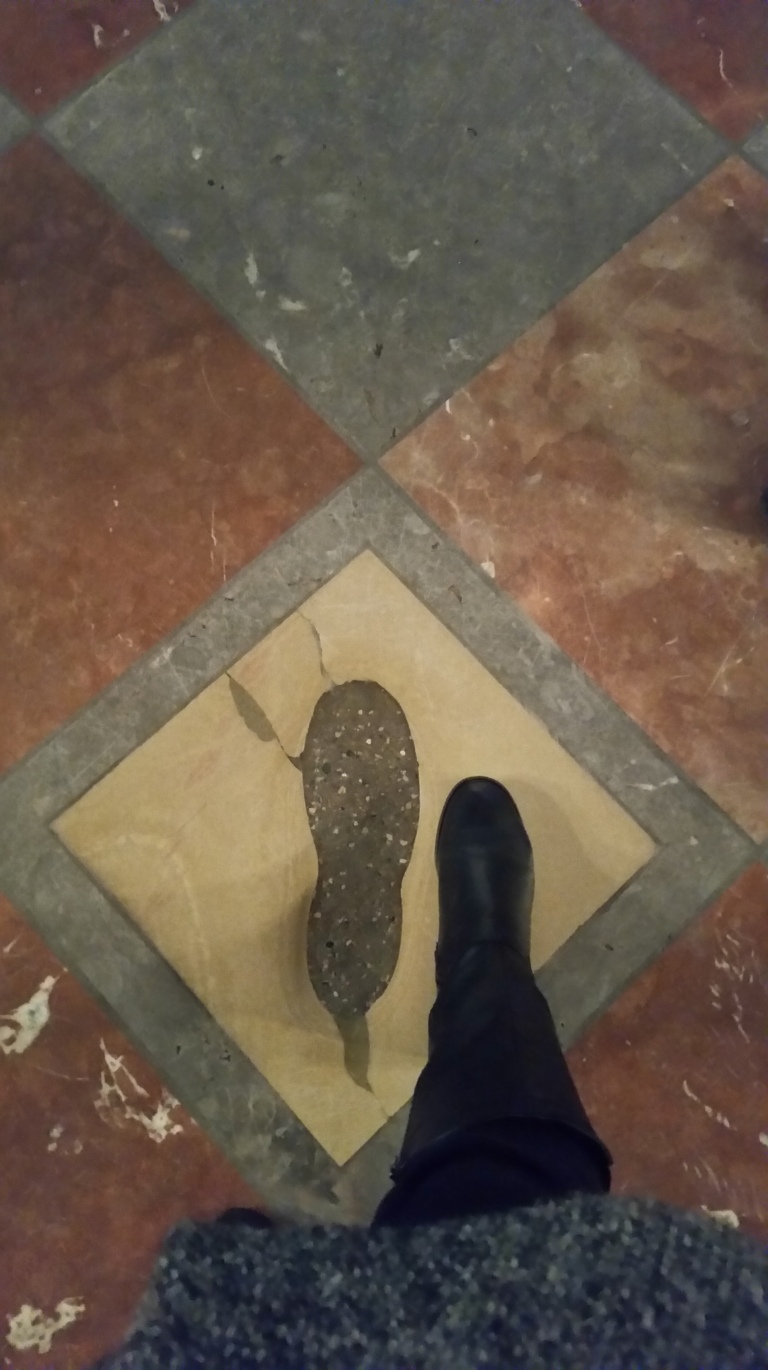 As you can see, the devil has very large feet!

Residenz is a Royal Palace and it was incredibly tough to choose my favourite picture, as all the rooms are so achingly gorgeous. The photo above shows Residenz’s most famous room, the Antiquarium. Originally a room to display statues and ornaments in and later on a banqueting room, the arches and intricate paintings make this room a highlight.

As well as containing many wonderful rooms, there is also the treasury and theatres. Below is some of the stunning jewellery you can see in the Treasury. 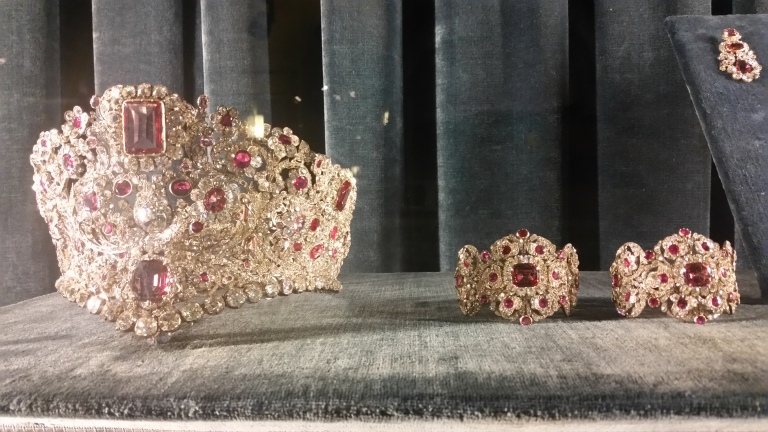 Asamkirche is my favourite church in Munich and that was a tough call as I saw so many that all deserved to be featured in there own right. Asamkirche is a church that two brothers built next door to their home as their own private church. It’s awe inspiring and impressive that they built, designed and painted this, when there is so much attention to detail. The church inside is decadently dark, Gothic and overwhelming and it truly feels like a work of art.

I saw many more impressive churches and buildings that I haven’t wrote about, as the list otherwise would be endless. I hope you’ve enjoyed my pick of Munich’s most famous sights and attractions.