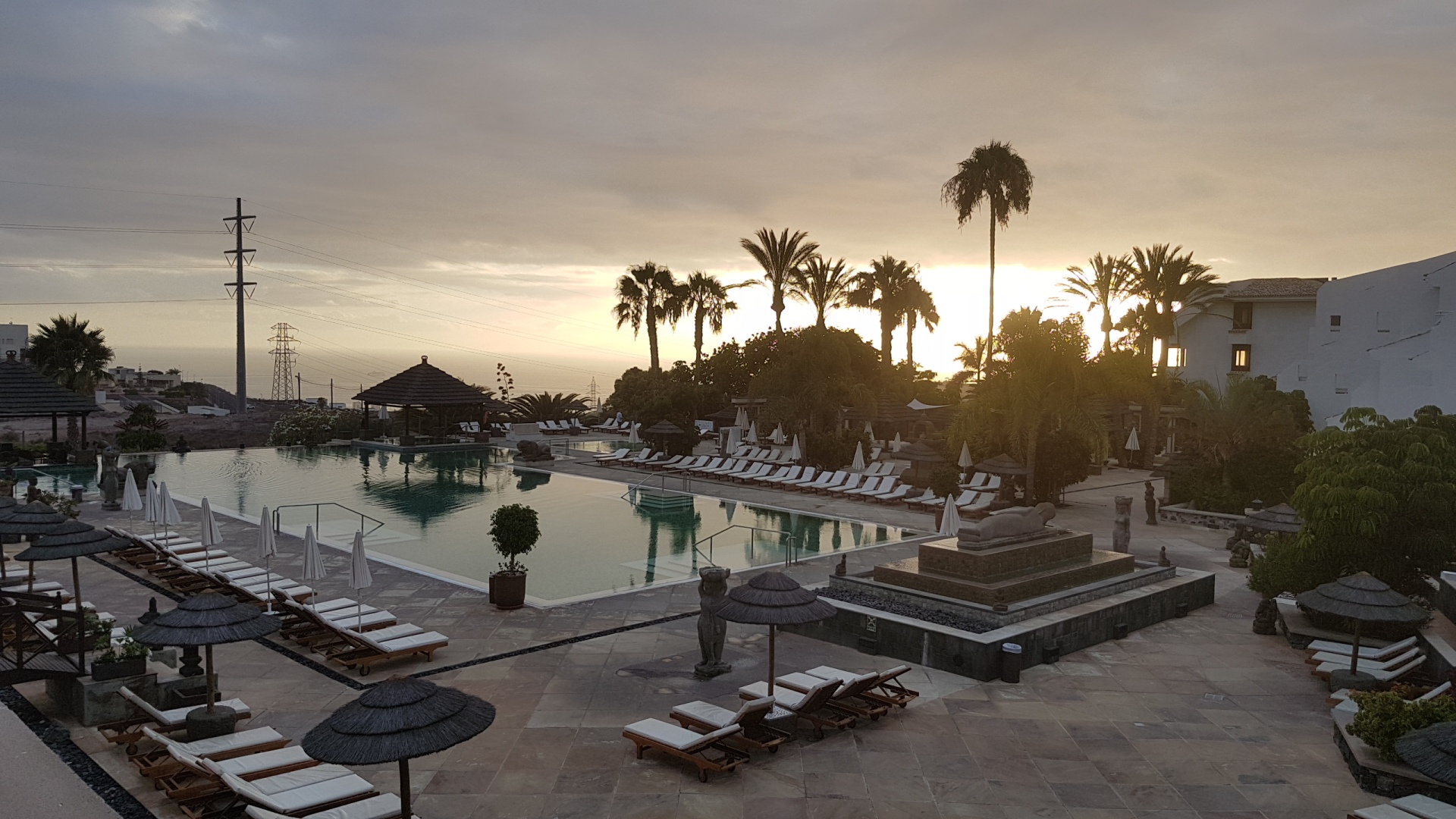 Last week I arrived home from a five night holiday in Tenerife. Whilst most of my holidays are action packed, Tenerife was a break to unwind, relax and catch some sun. So here’s what I got up to on day one of my holiday.

As we had a pretty early flight, my alarm sounded just after 4am.

Me in the car on the way to the airport.

As usual we grabbed a McDonald’s breakfast on the way to set us up.

And then it was time to fly from London to Tenerife, which is closer to West Africa then Spain. Due to the location of the island, it falls in the same time zone as the UK.

Once we’d arrived at Tenerife South Airport, we took a taxi to our hotel.

We stayed at the Regency Country Club, which is a stunning Balinese themed hotel with spacious apartments.

The entrance to the hotel. 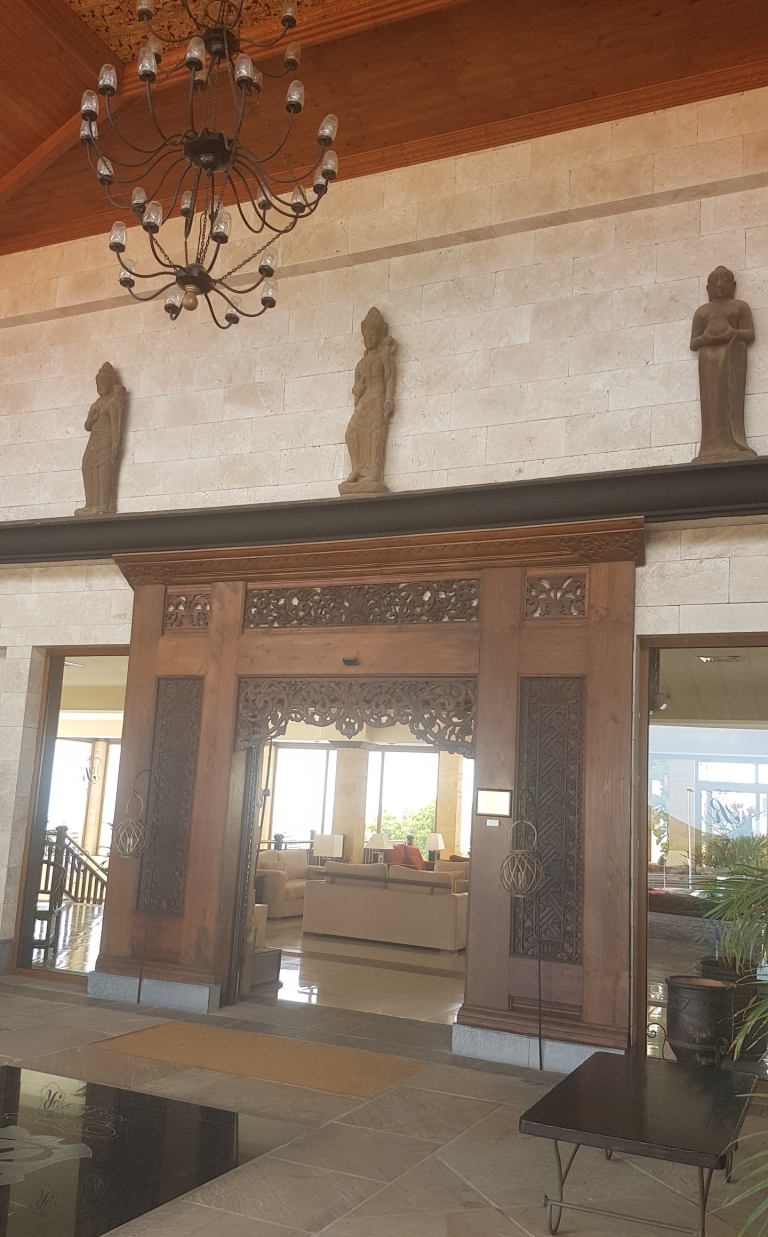 Upon arrival, we was each given a complimentary glass of Prosecco with another free bottle in the fridge in our apartment.

Our apartment was spacious and totally gorgeous. 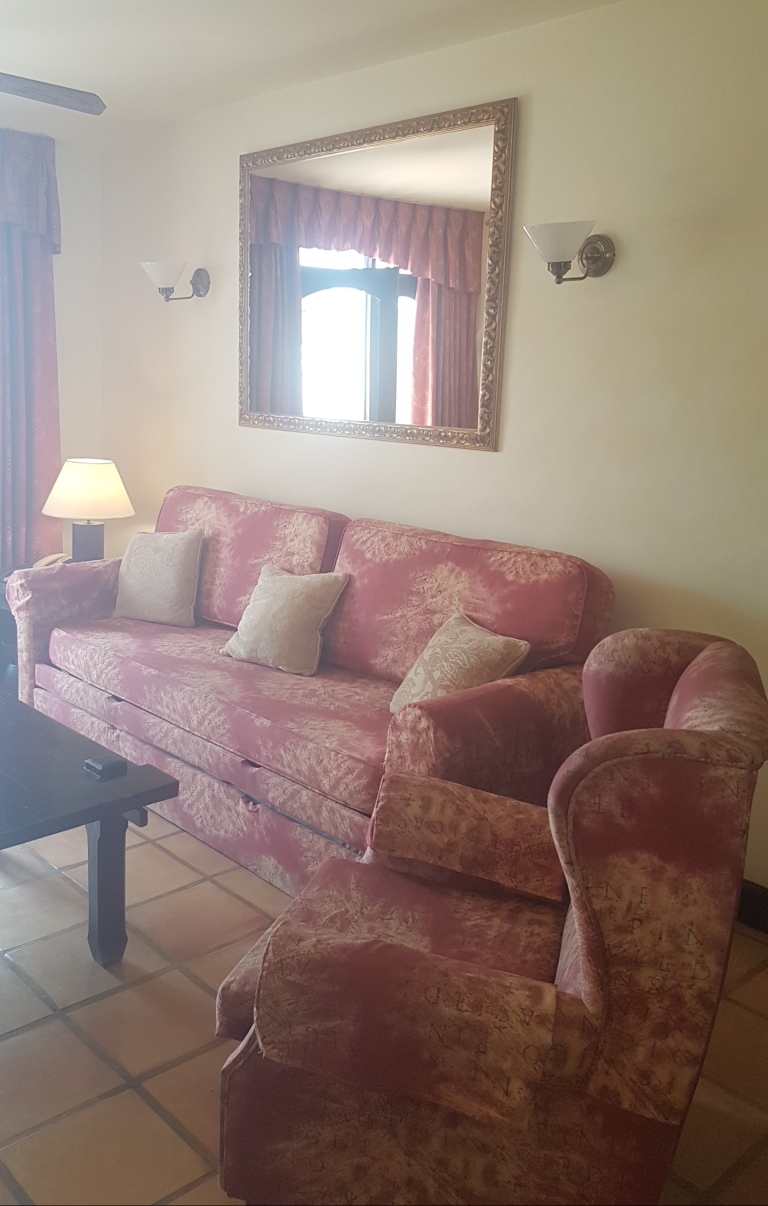 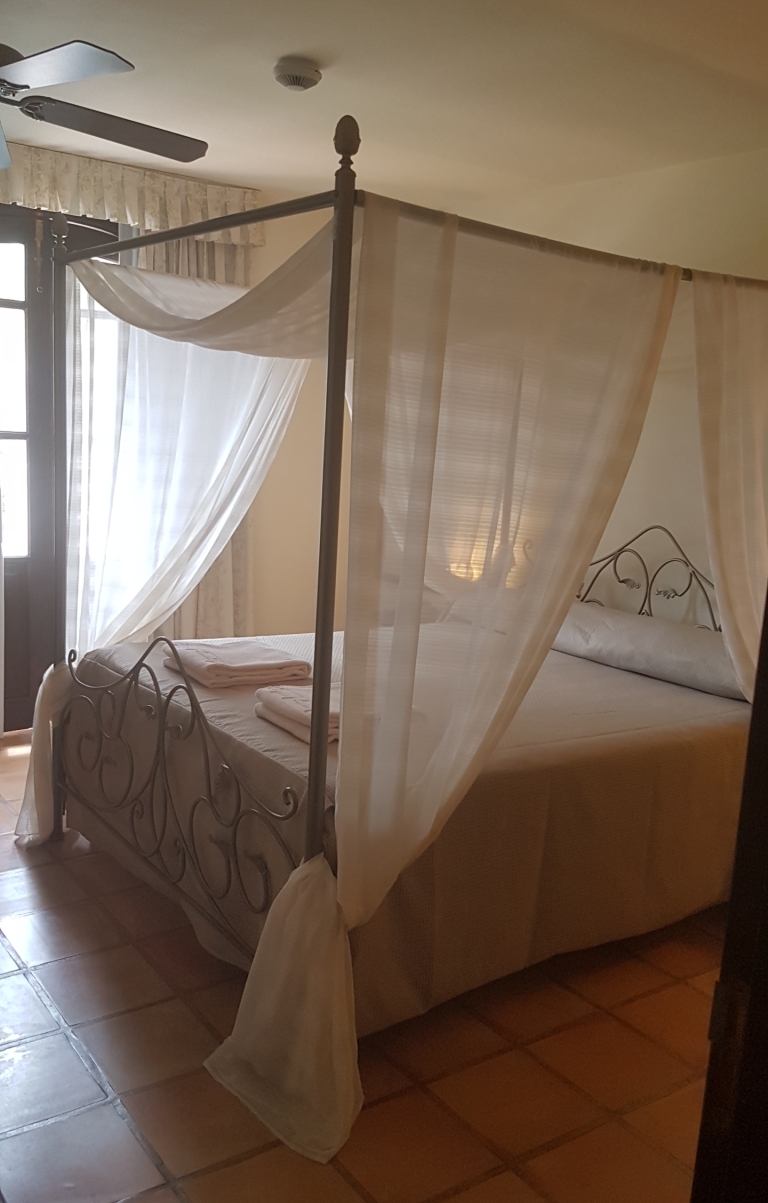 The Jacuzzi bath, which I loved! It felt like having a spa treatment every time I used it.

Our balcony, with sitting area and sunloungers. 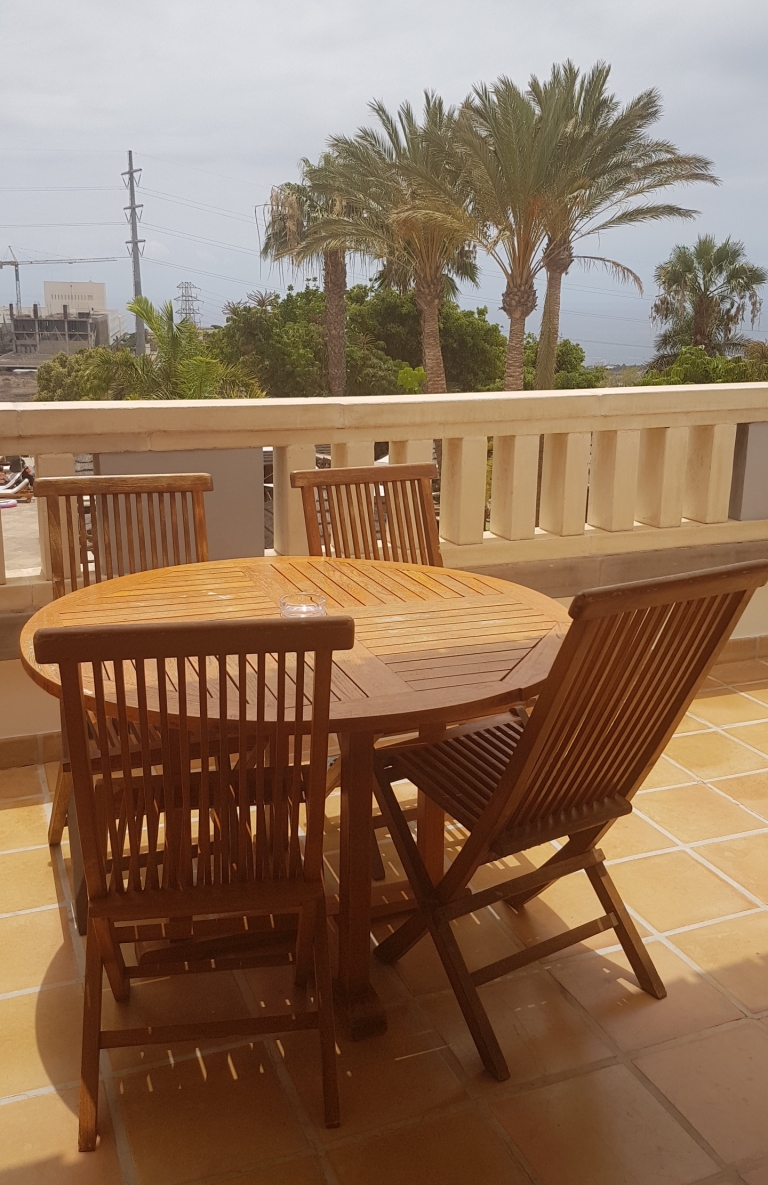 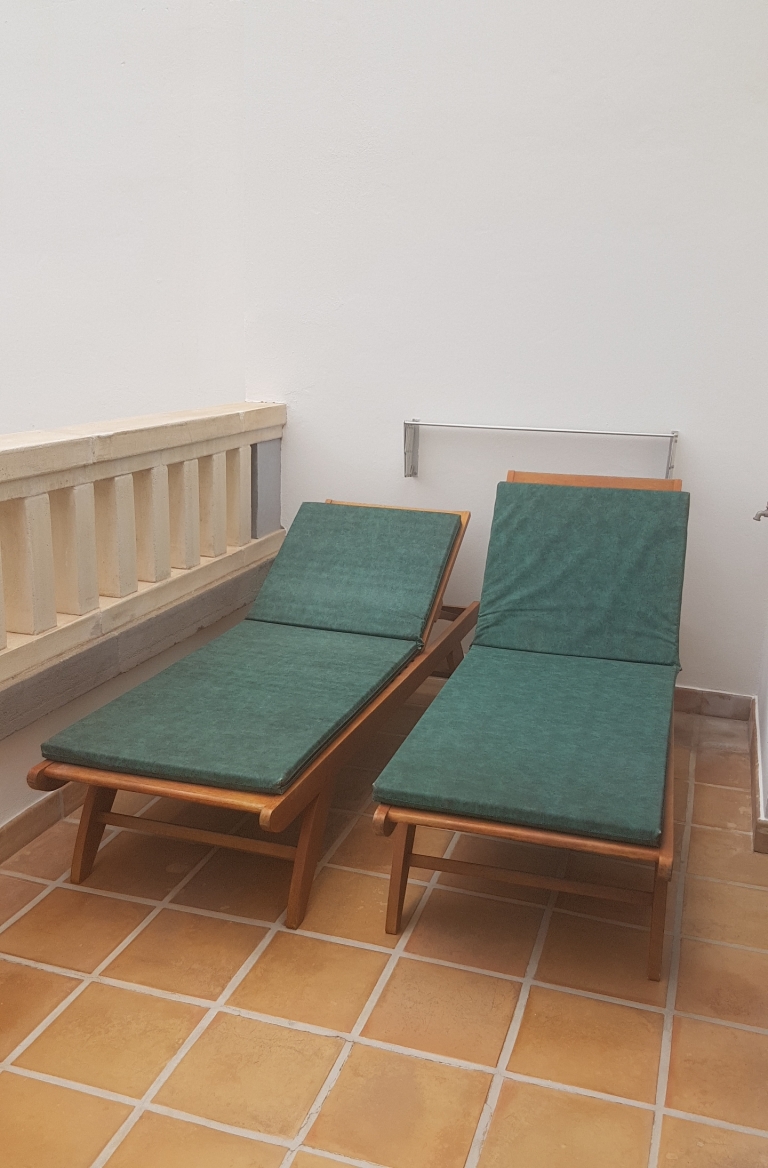 We also had a second upstairs balcony with more sunloungers.

I’d definitely recommend staying at the Regency Country Club, as it felt like a home away from home.

After checking out our apartment and unpacking, we went to take a look at the hotel pool.

Cocktails by the pool.

And taking a dip.

After relaxing by the pool and swimming, we headed back to our apartment to shower and I tried out the Jacuzzi bath for the first time!

And then it was time to head out, just in time to see a gorgeous sunset by the pool.

We booked a taxi to take us to one of the main areas, Playa de las Americas for food.

We went to Hard Rock Cafe and as there was a wait, they said they’d phone us when a table was free, which gave us time to explore the area.

We popped in some shops and played mini golf, which was open until 1am! 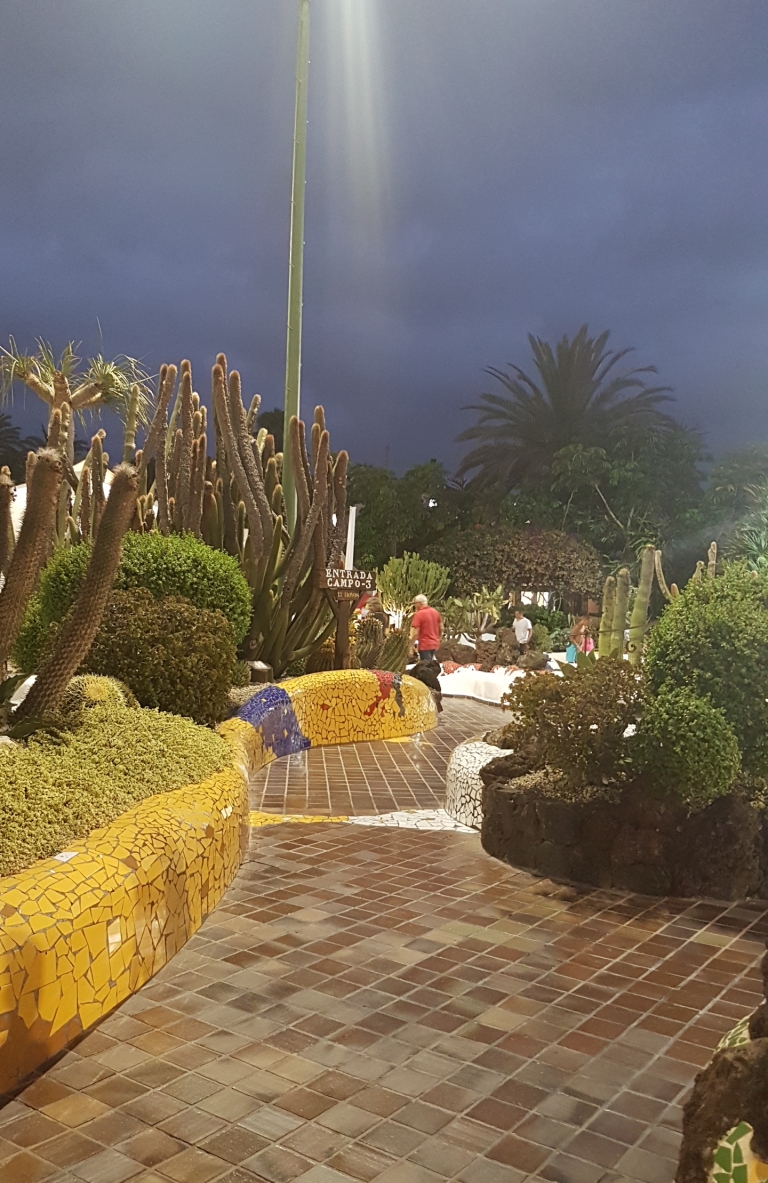 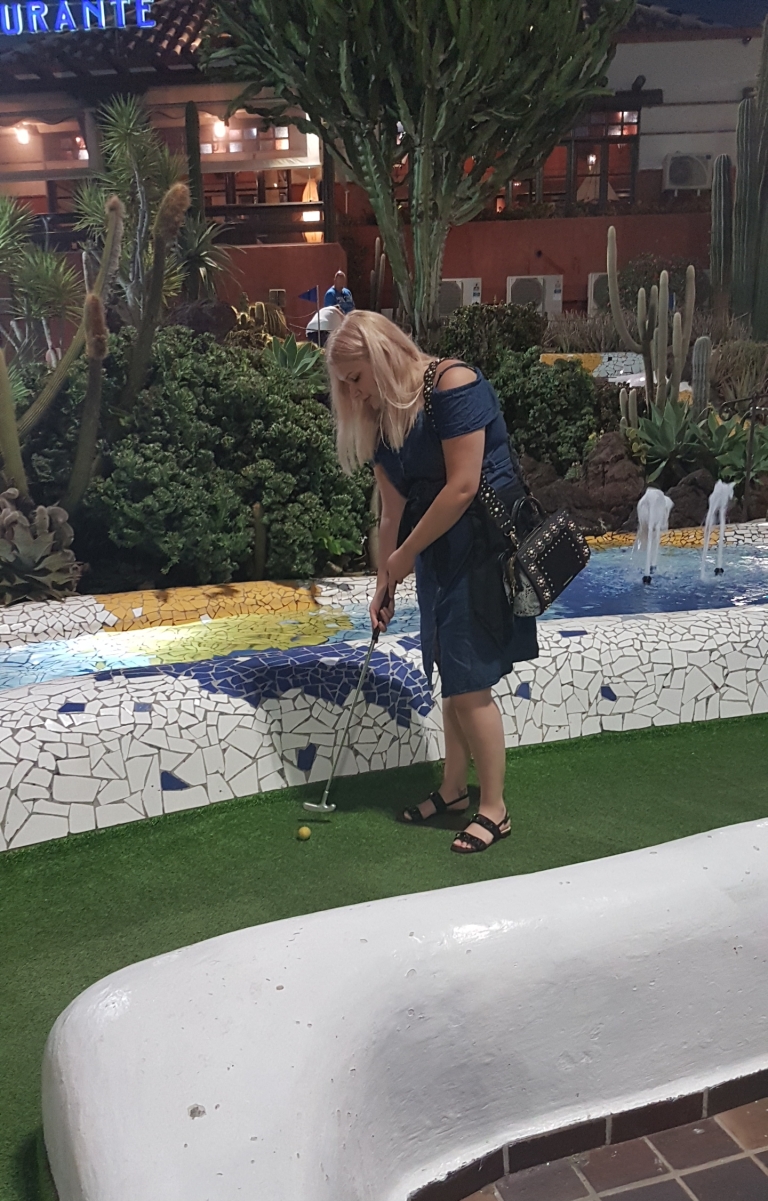 And then it was time to eat!

I had some yummy veggie fajitas and my partner had a burger.

Followed by one of my favourite desserts! Ice cream, warm chocolate brownie, cream, sprinkles and a cherry on top, this sundae has it all.

After our feast we got a taxi back to our hotel, ready for day two.