Instead of our usual bagels for breakfast, we started our day off by eating birthday cake!

After a sugary but delicious breakfast, we walked towards Central Park.

On the way we stopped to look at the famous Tiffany store.

And Trump Tower, which is next door to Tiffany’s. 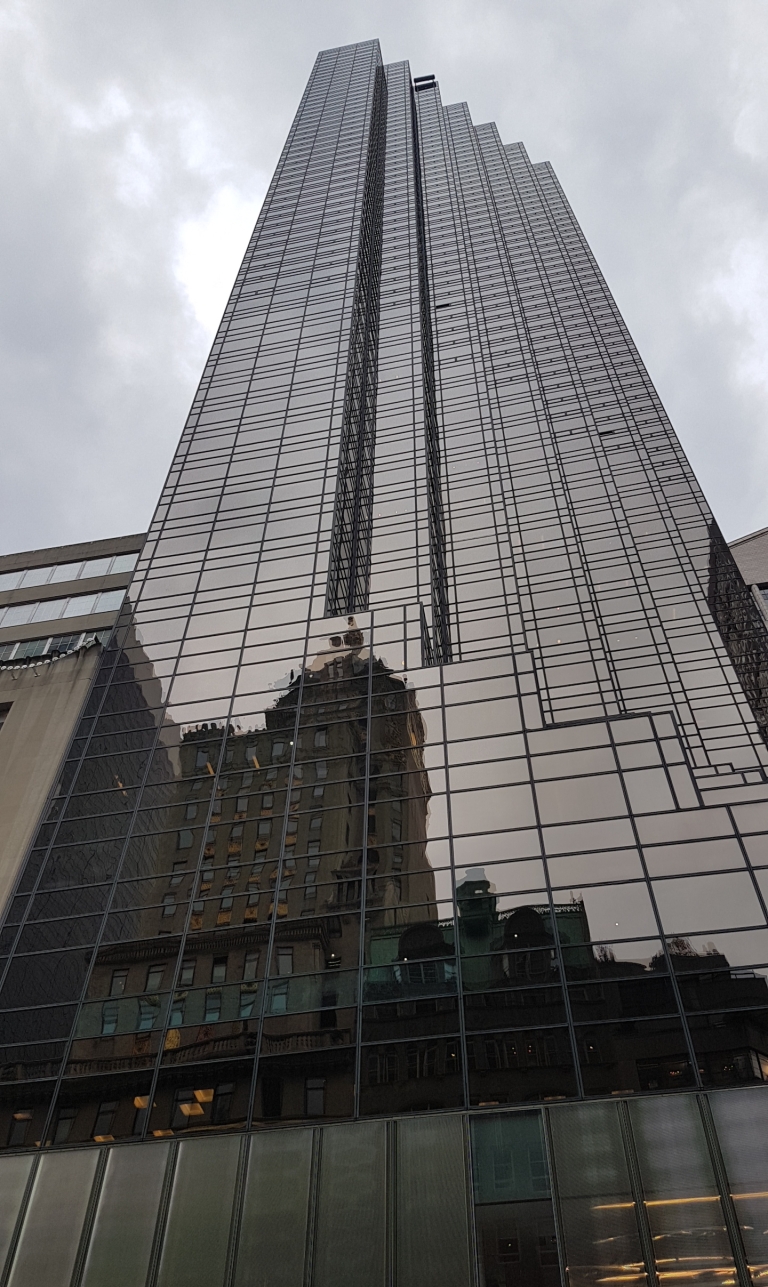 After Trump Tower, we walked on to Central Park.

Just outside the entrance, you can book a horse and carriage ride. We opted for one of the longer rides that took 45 minutes through the park and stopped at popular attractions.

Us on the horse and carriage ride. 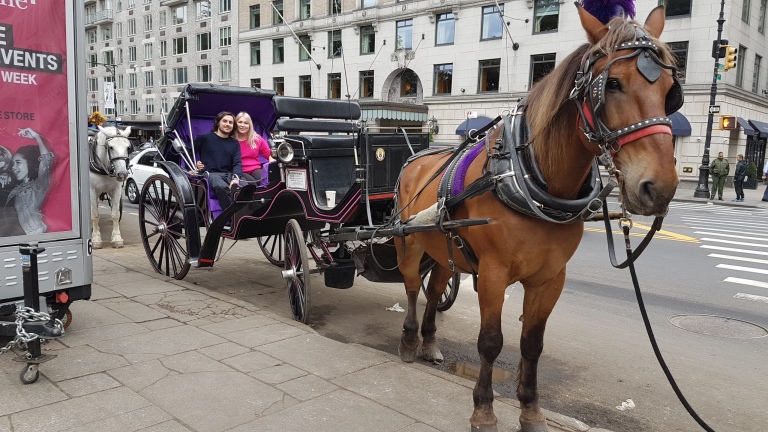 Some of the sights we stopped to see were, the Bethesda Terrace and Fountain.

The Cherry Hill/’Friends’ Fountain, which is a popular photography spot but not the actual fountain shown in the opening credits of ‘Friends’.

Strawberry Fields, which is dedicated to the memory of John Lennon.

And just opposite Strawberry Fields is the Dakota Building, which is where John Lennon lived. 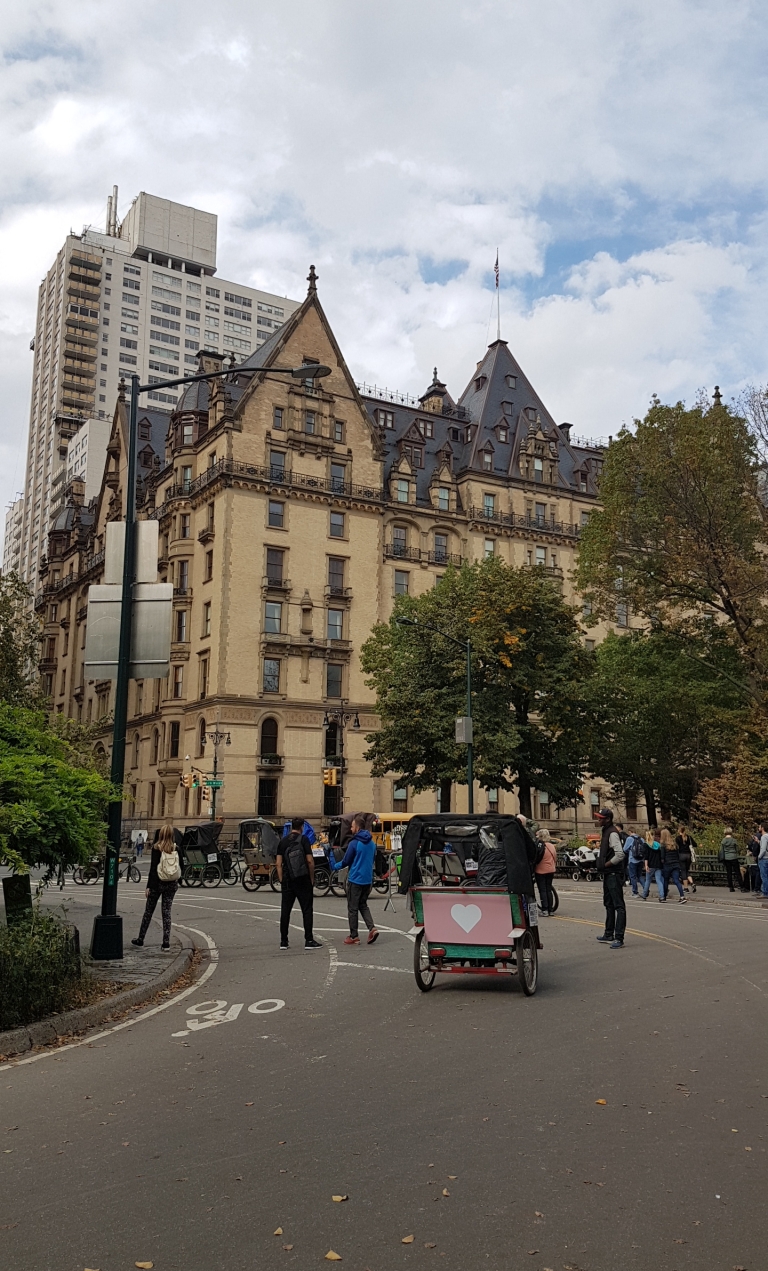 We also saw lots of other pretty parts of the park along the way. 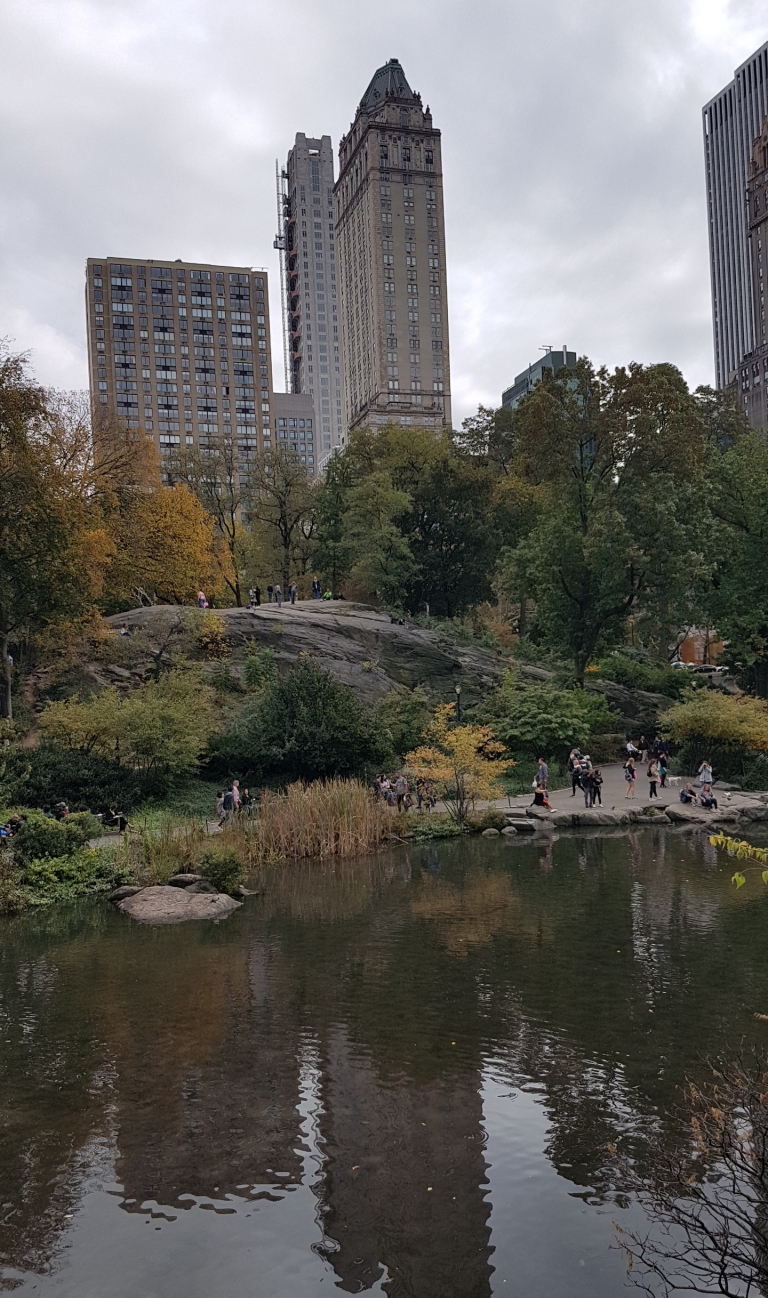 After the horse and carriage ride, we headed to Central Park Zoo.

Despite being a smaller zoo, we still spent a couple of hours wandering around and we really enjoyed it! 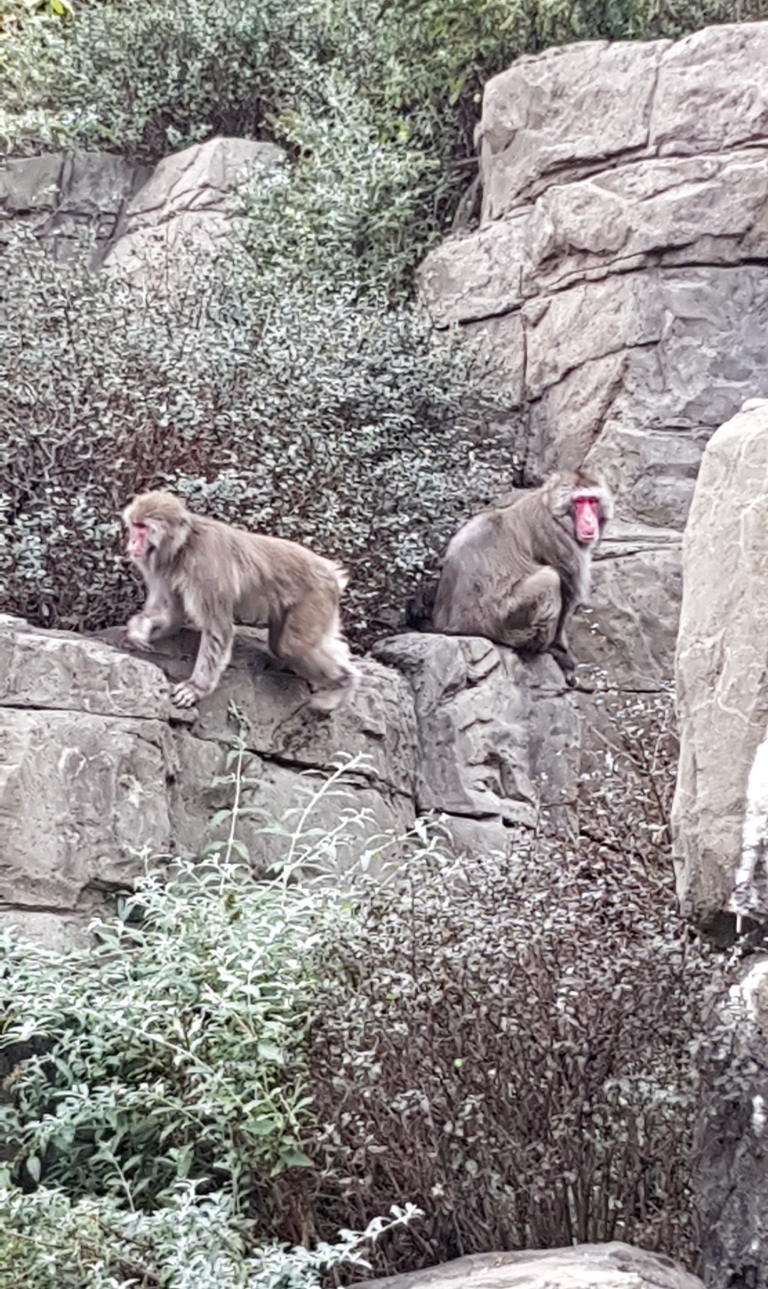 One of our highlights was the sea lions. They was diving, jumping, splashing. Just real characters.

After seeing all the animals, we had lunch in the zoo’s cafe. 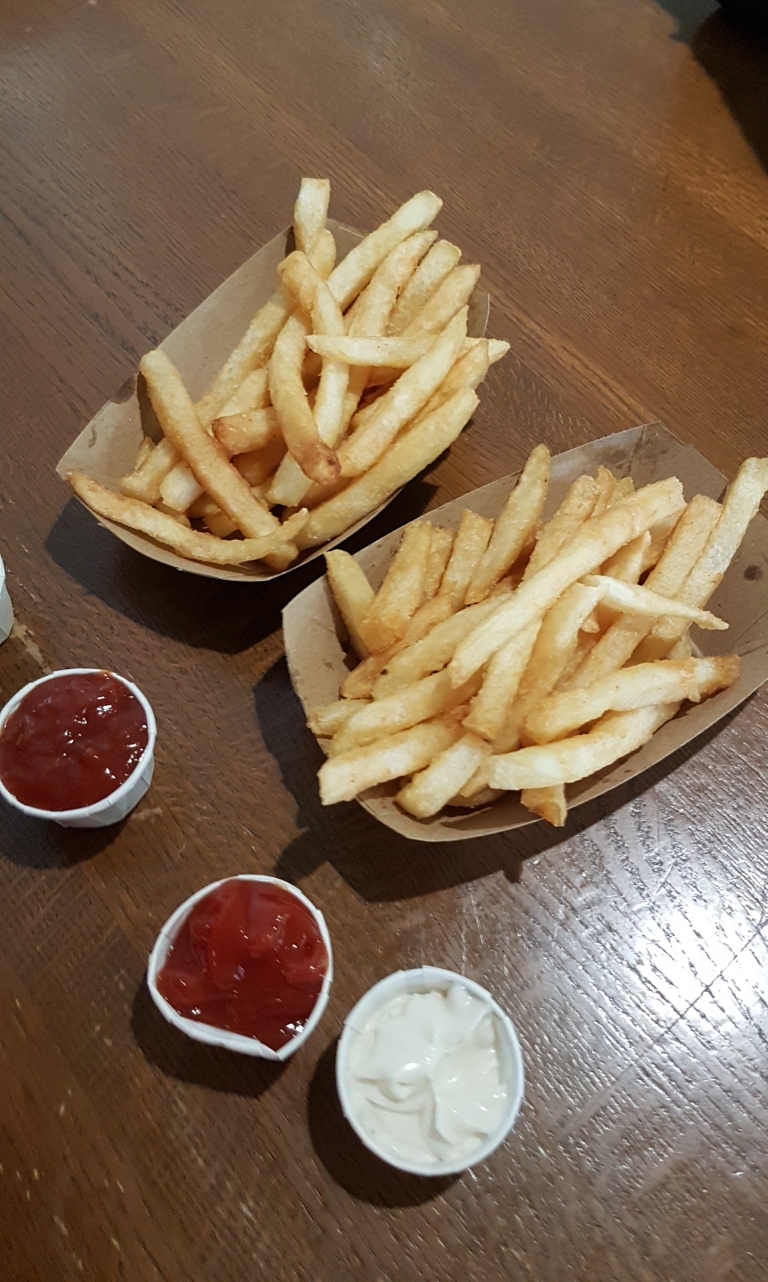 And then it was time to explore the park some more!

I got a photo with the Alice in Wonderland statue.

And a picture of the Hans Christian Anderson statue, the author of ‘The Little Mermaid’.

We saw lots of adorable squirrels running around.

Then we reached the boating lake. 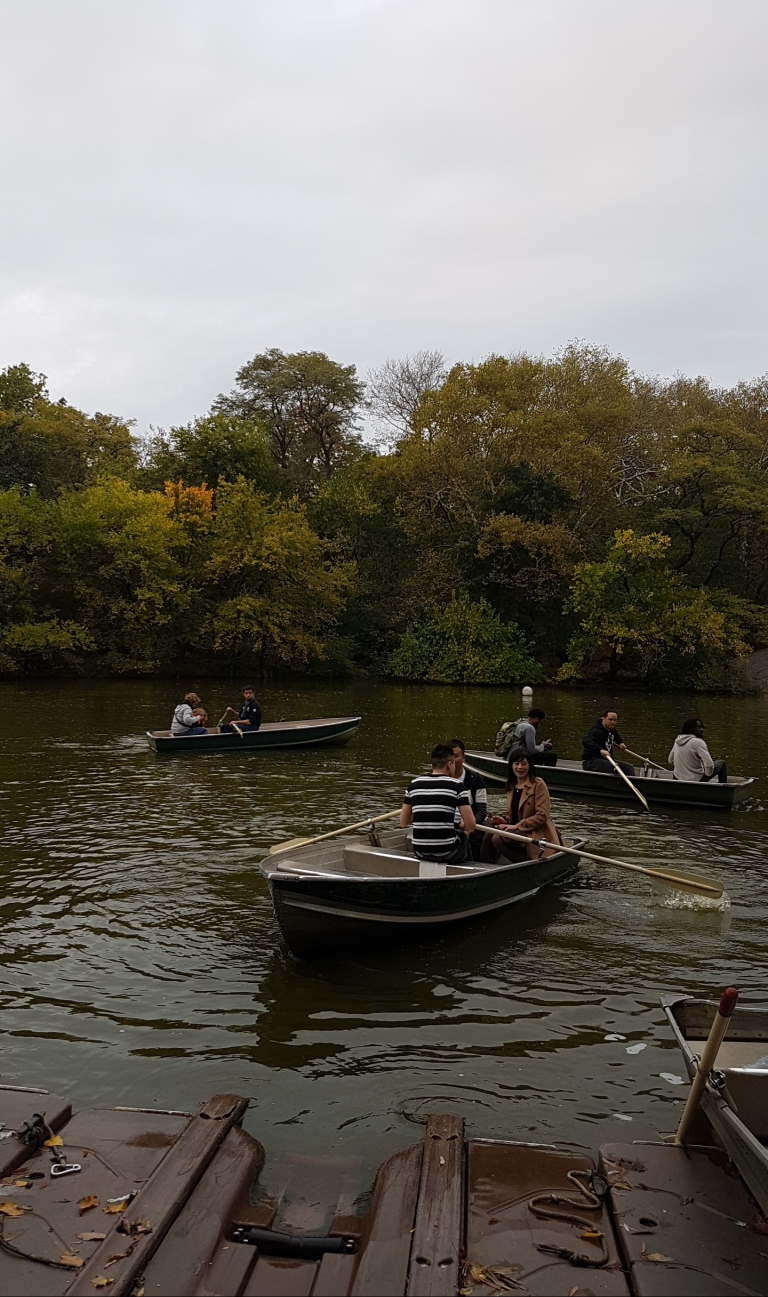 Me and my partner had never hired a rowing boat before, mostly because we both had a fear of tipping the boat and falling in the water. However, this time we went for it! 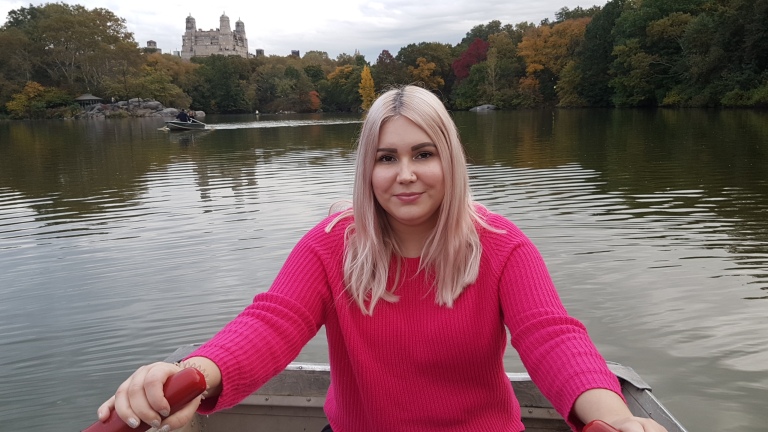 It was so incredibly beautiful and peaceful rowing across the lake.

As we was finishing up, we saw a couple having a gondola ride on the lake, which looked pretty cool.

After a busy day exploring the park, it was time for food.

We booked an Uber to take us all the way to Pizza Barn Yonkers in the Bronx. Despite it being a trek, it was for a very good reason.

And that reason was the 2ft super slice, which Pizza Barn is famous for. 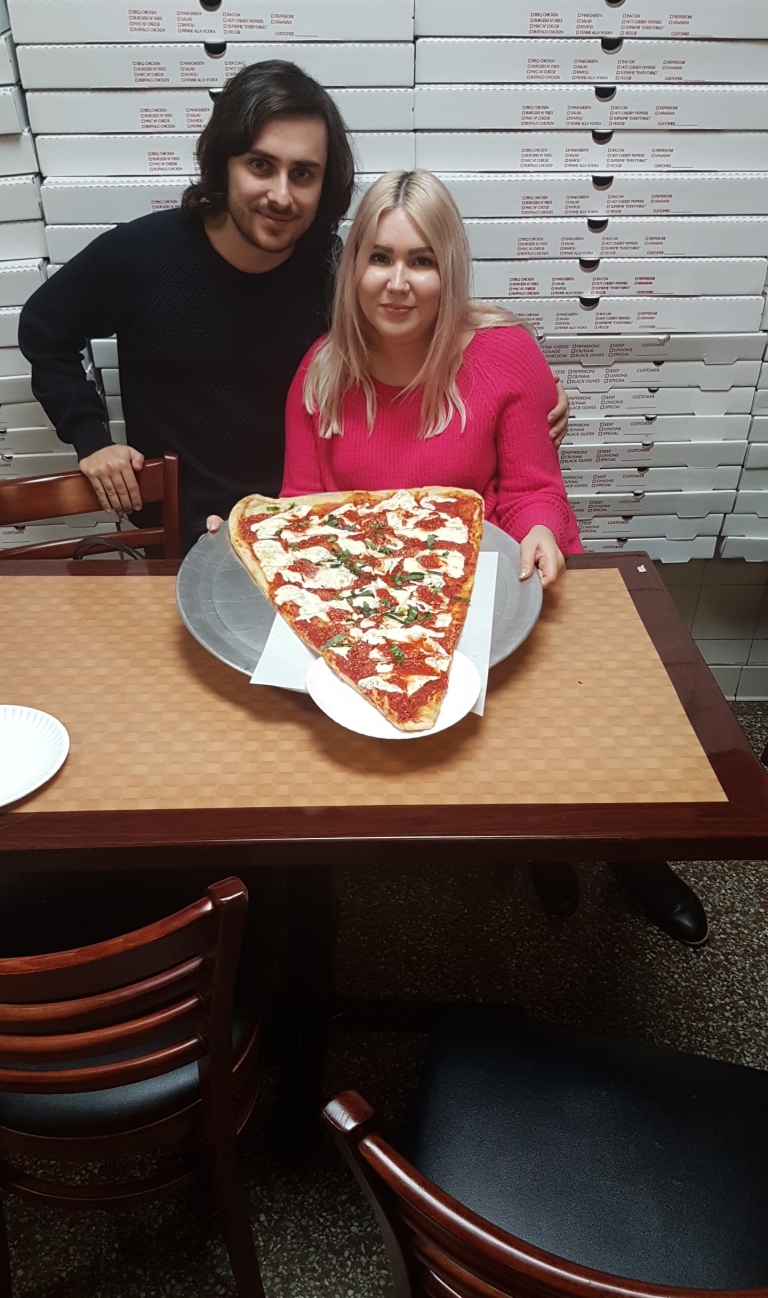 We ordered the Margherita Super Slice and it was amazing! Honestly one of the best pizza slices I’ve ever tried.

And yes, we managed to finish it. It’s a good job we’d worked up an appetite!

After a super sized dinner, we headed back to our hotel to rest for a while, before heading out to the Empire State Building. 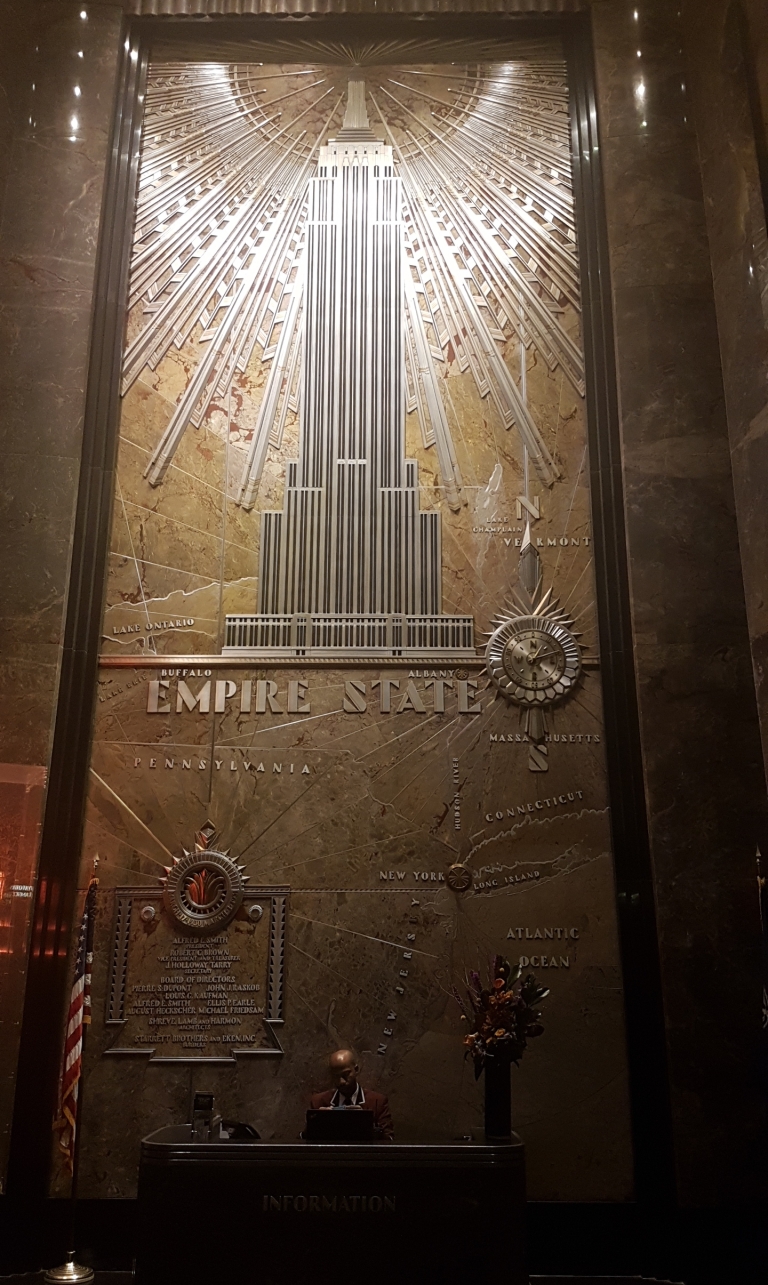 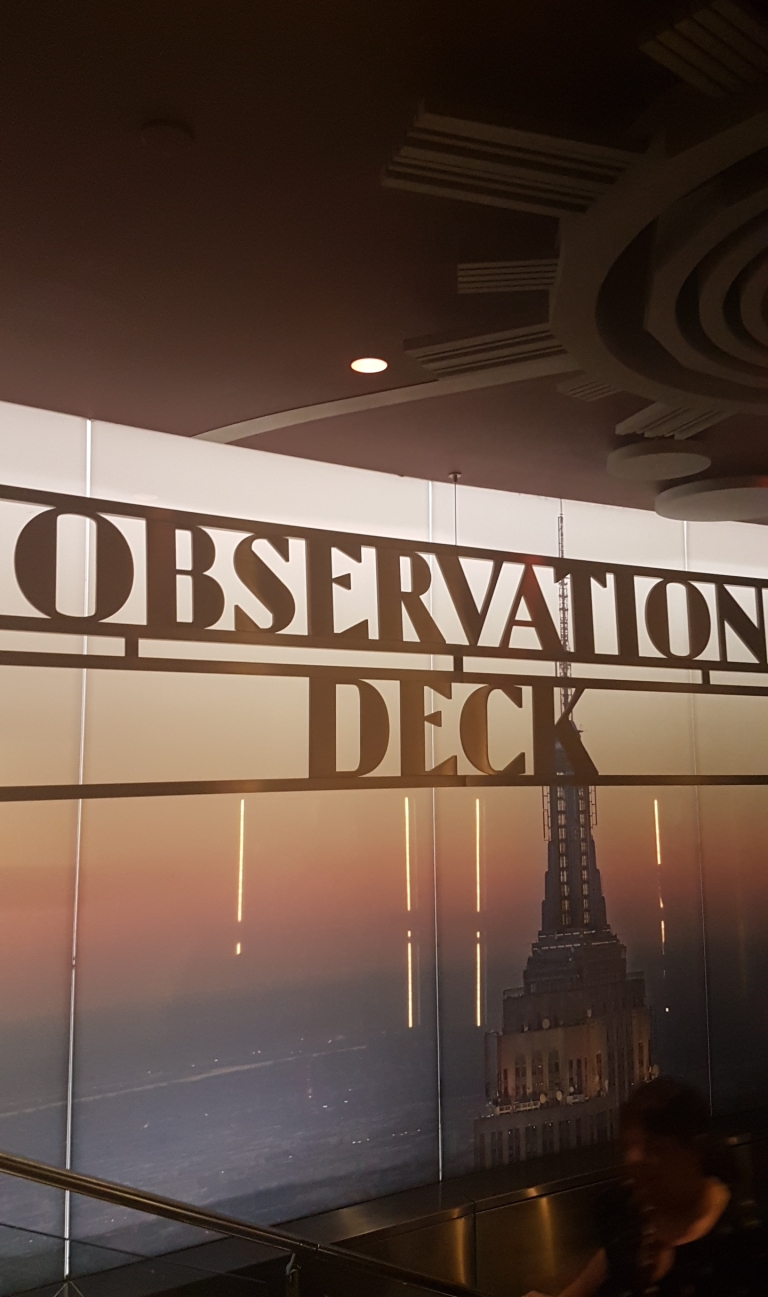 As it was after 11pm when we went, we didn’t have to queue long for tickets.

The stunning views from the Empire State Building. 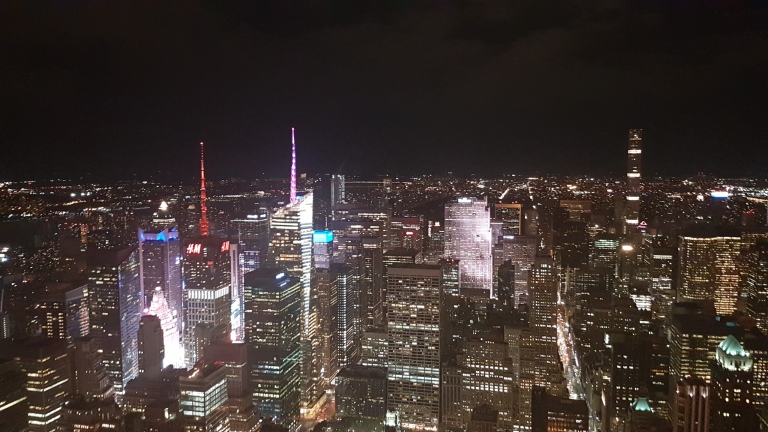 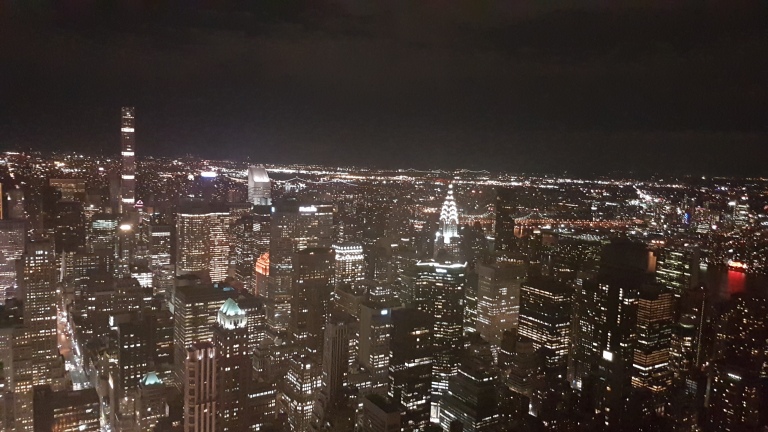 New York is beautiful during the day, but once the cities lit up at night it’s just wonderful.

After a super busy day, we walked back to our hotel, ready for day seven.