At the start of December I went to Rovaniemi in Finland with my partner, my mum and my brother.

As it was my mum and brother’s first trip abroad it was super exciting, so here’s a look at our holiday.

As we had an early flight, we was all up and getting ready by 2am.

A selfie at the airport.

Just over three hours later, we arrived in Rovaniemi, the official home of Santa Claus.

As we’d booked a package holiday with TUI, we hopped on the waiting coach and was whisked into the city.

View from the coach. 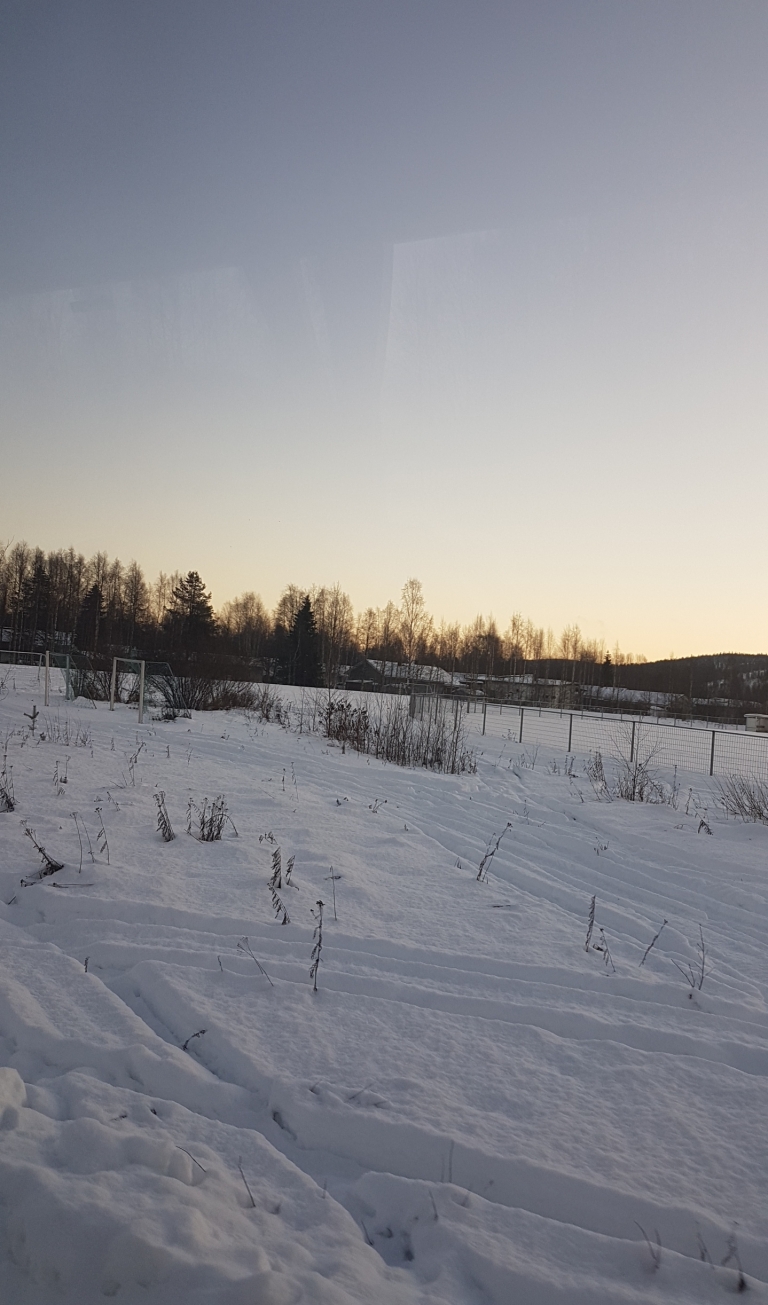 Once we’d arrived in Rovaniemi centre, we checked into our hotel.

We stayed at the Original Sokos Hotel Vaakuna which I’d highly recommend. We had a super cosy and quiet room and the included breakfast buffet was also good. 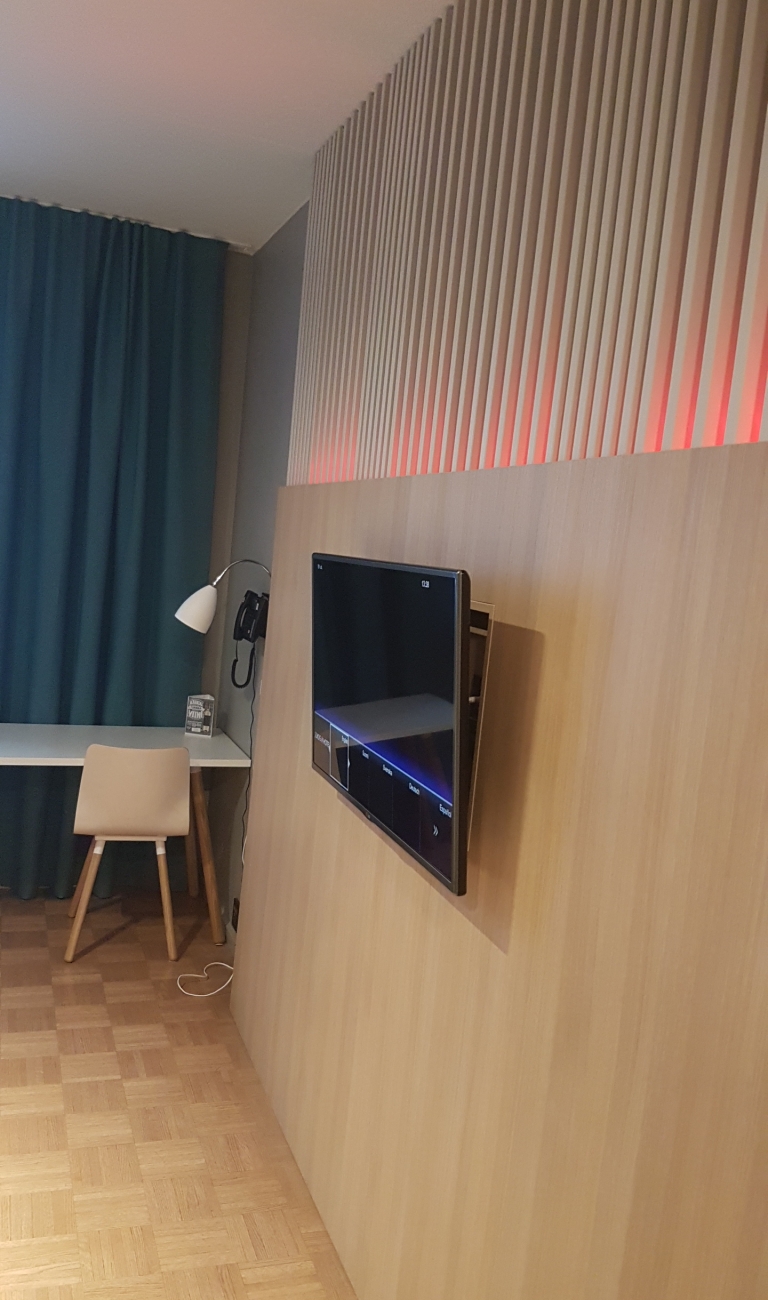 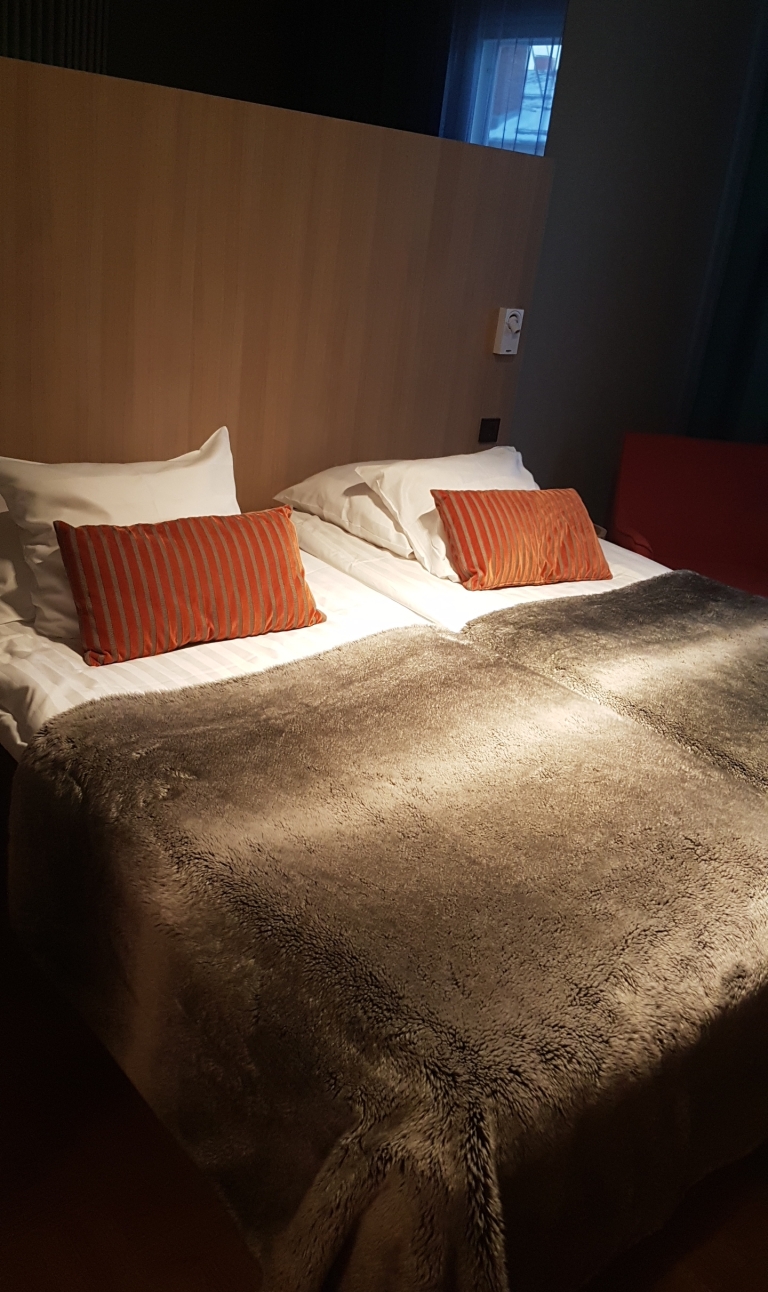 Once we’d unpacked and had a bit of time to rest, we walked to the Arktikum Museum. 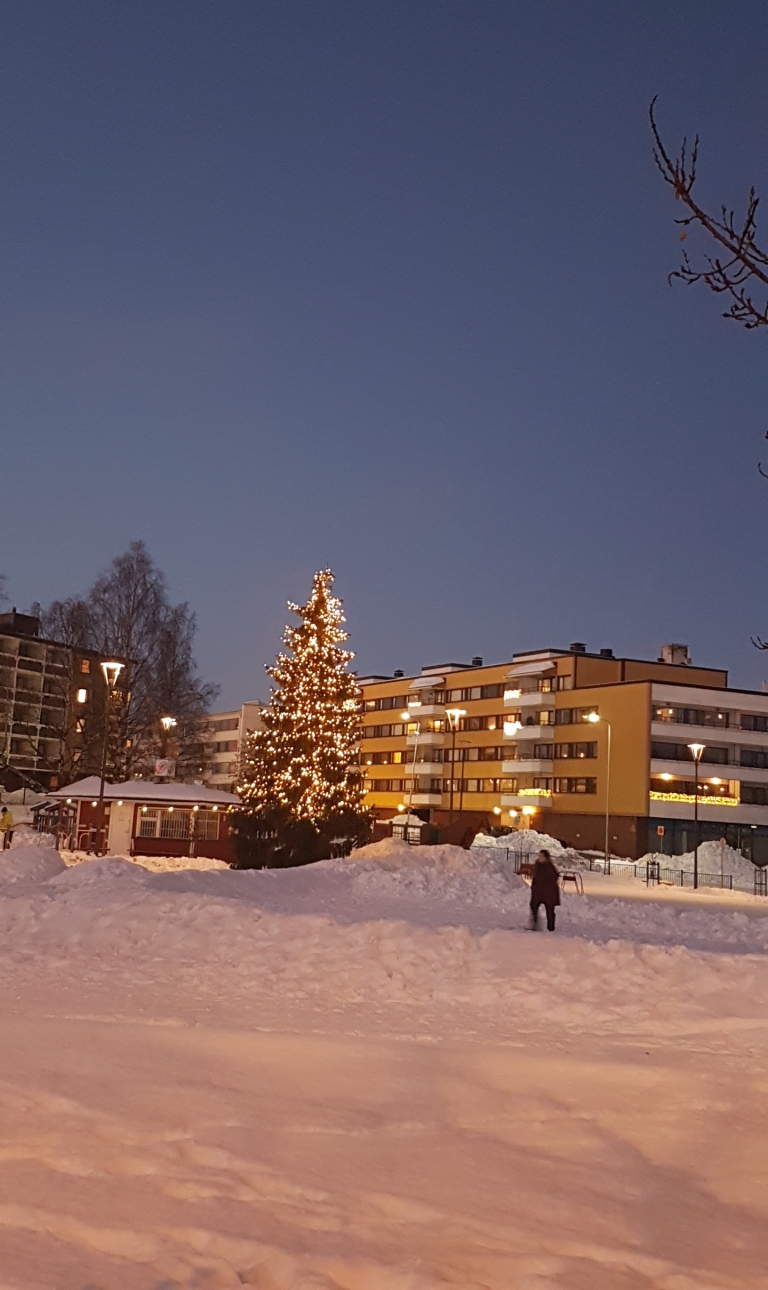 The Arktikum is a science centre and museum all about life in the Artic and the challenges it presents. 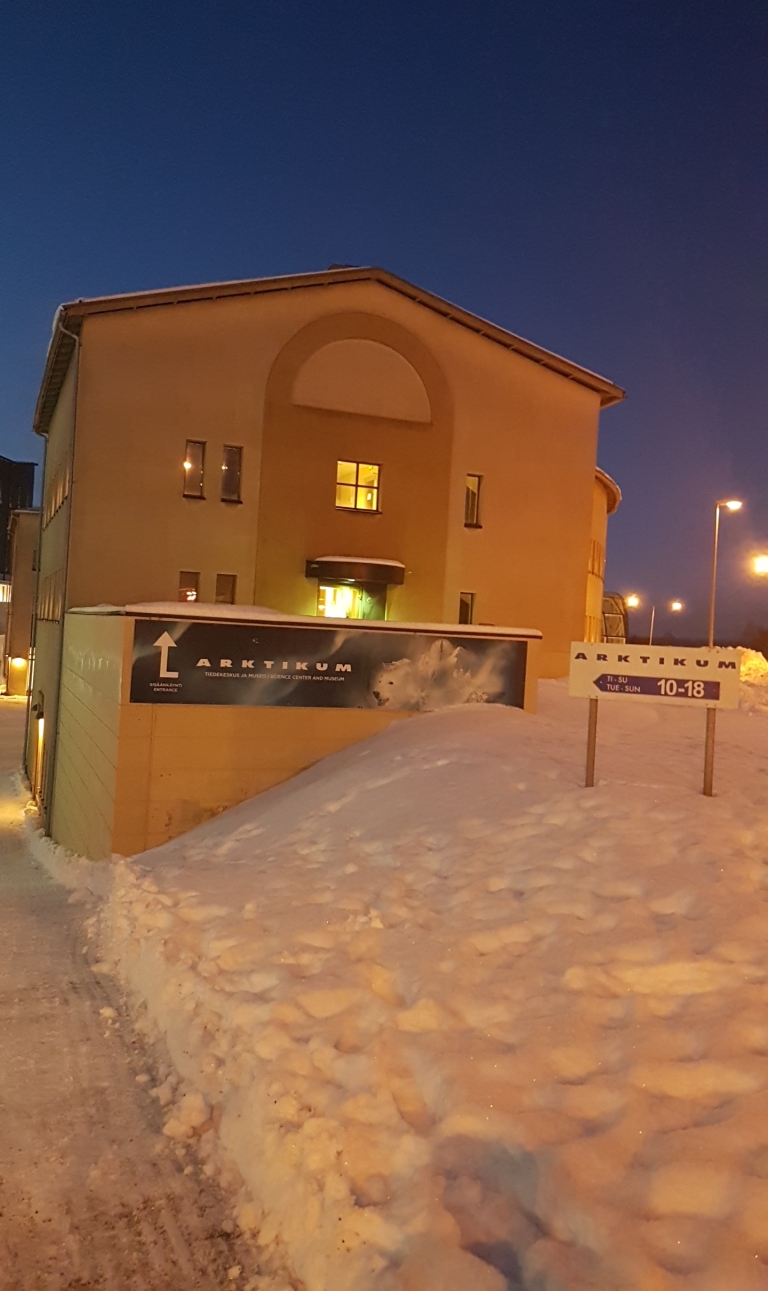 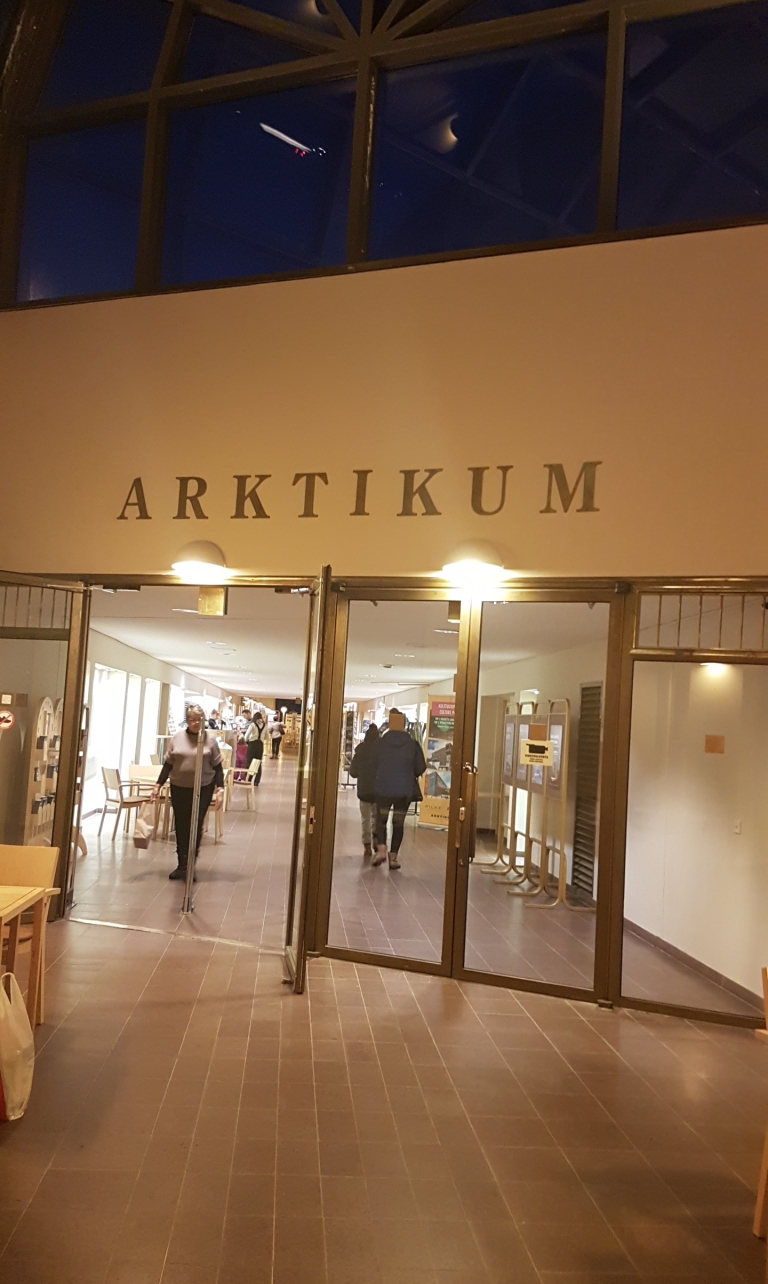 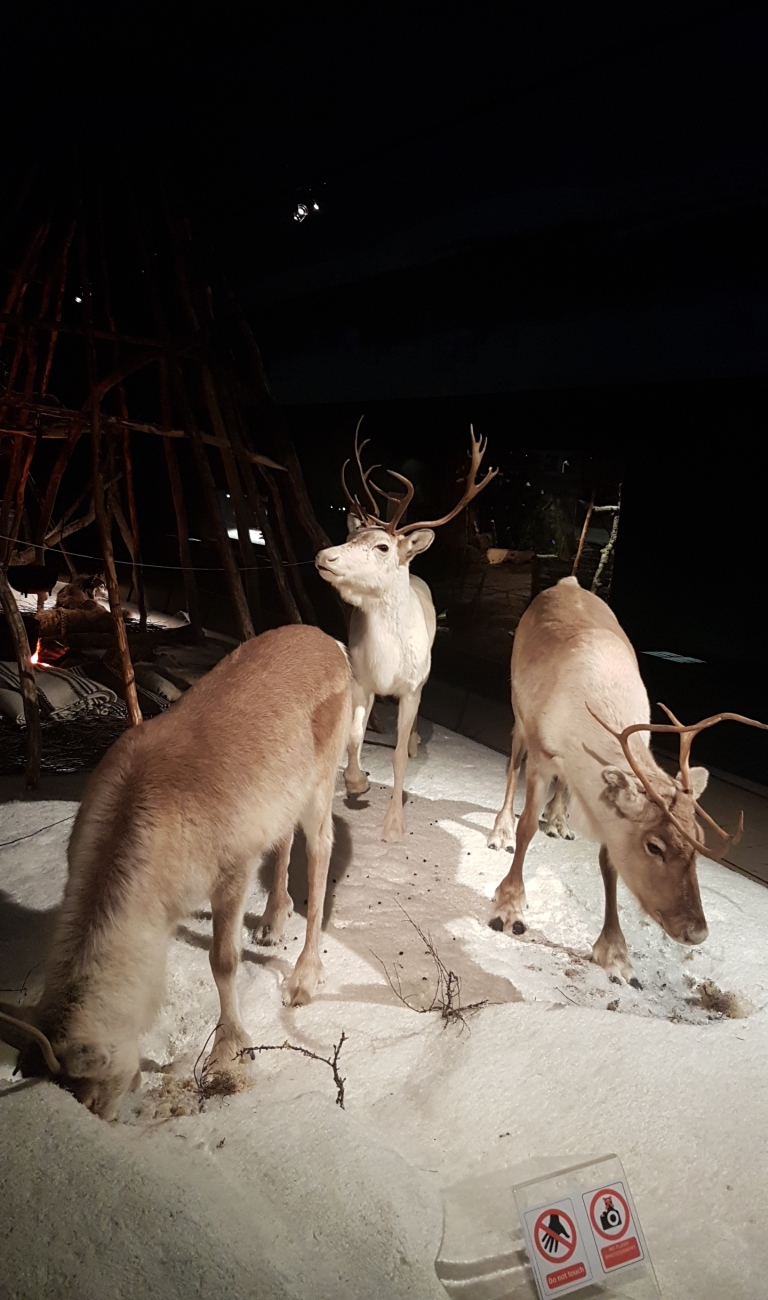 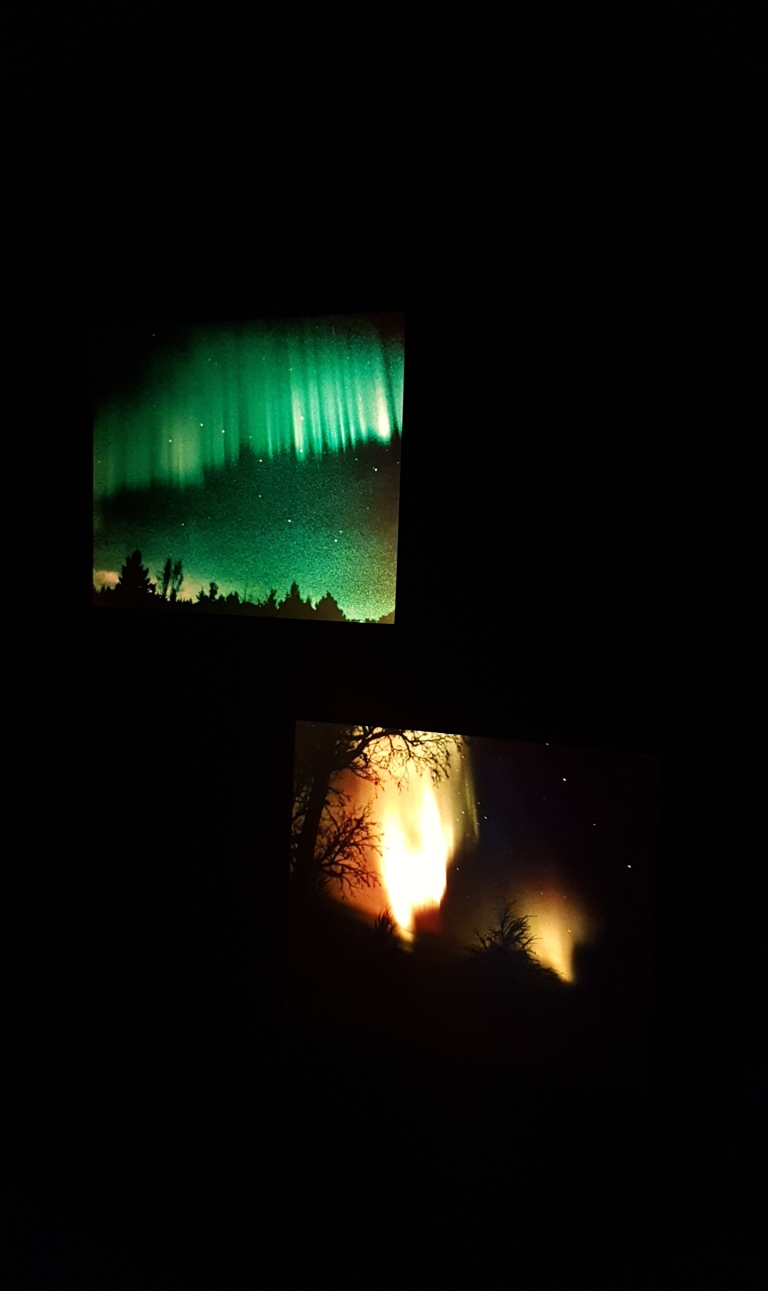 After exploring the museum, we walked back into the city centre for dinner.

As there was a pizza shop just opposite our hotel, we decided to get a pizza each and eat it in our rooms.

As it got dark early and my mum and brother were tired, they stayed in for the rest of the night.

Whilst me and my partner headed out to explore until the early hours. 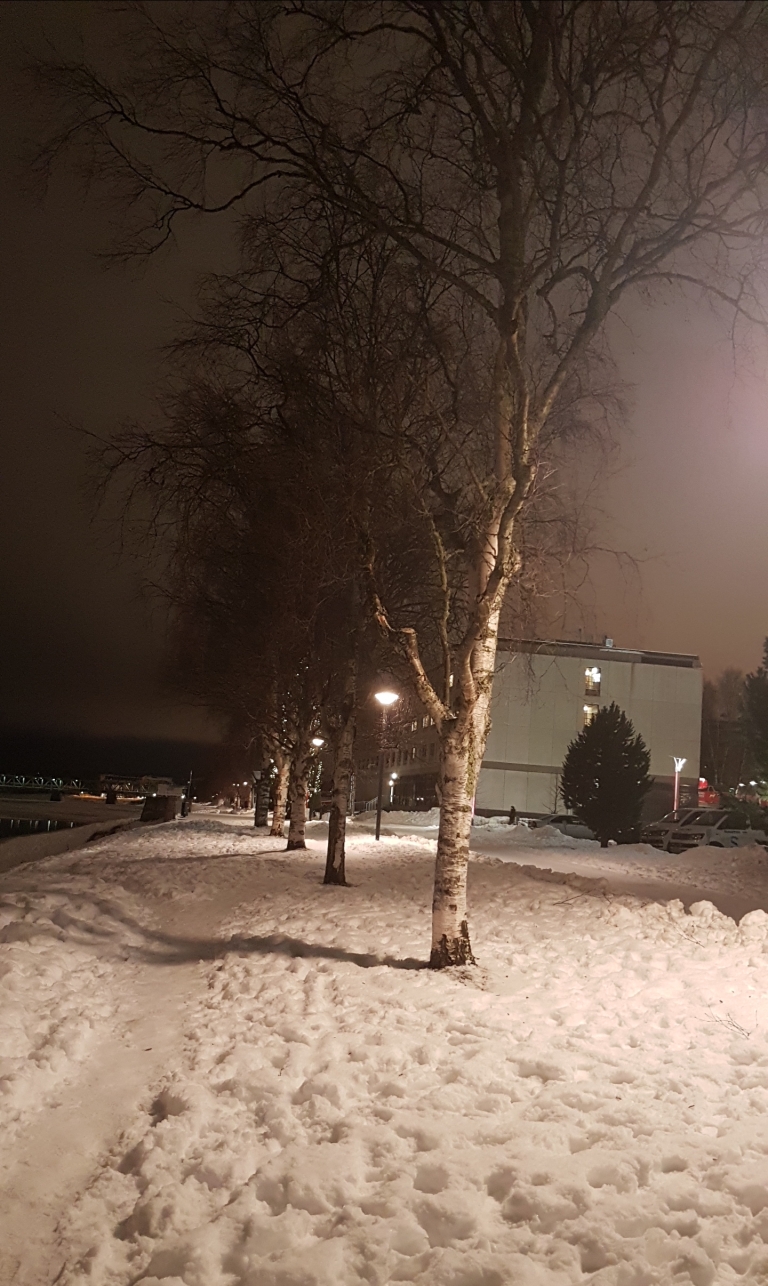 The first spot we visited was the Kemijoki River and Lumberjack’s Candle Bridge, which wasn’t far from our hotel. 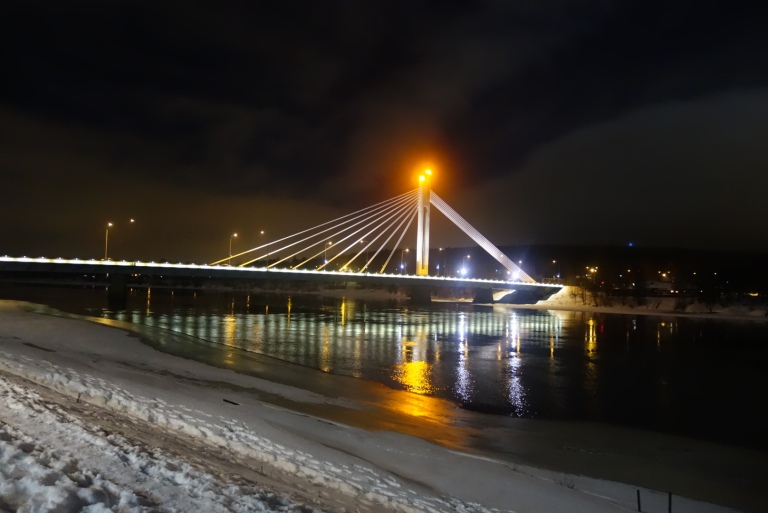 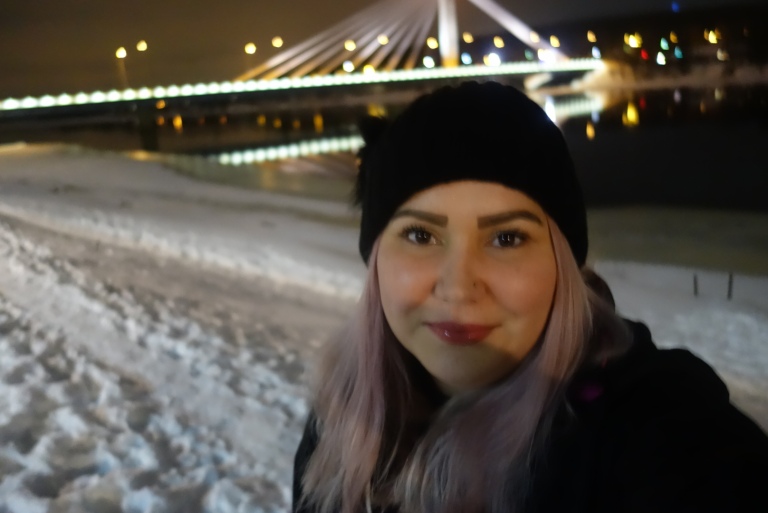 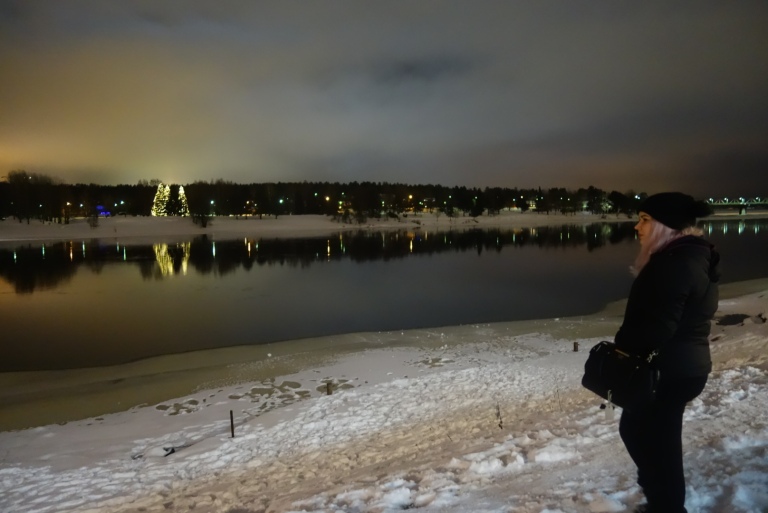 After walking along the river, we headed back into the city centre to explore. 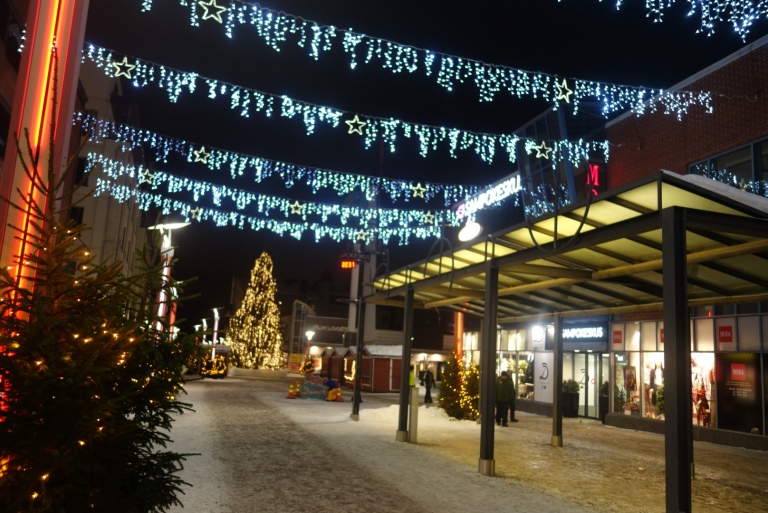 We took photos in Lordi’s Square. 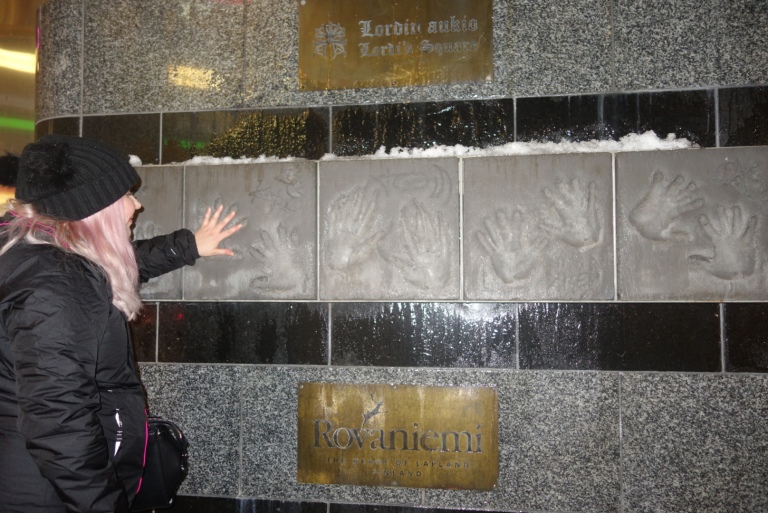 Lordi’s Square was originally named Sampo Square. In 2006 when the Finnish band Lordi won the Eurovision Song Contest, the square was renamed in honour of the band.

After Lordi’s Square, we stopped at the world’s second most northerly McDonald’s (recently knocked off first place by one in Russia). 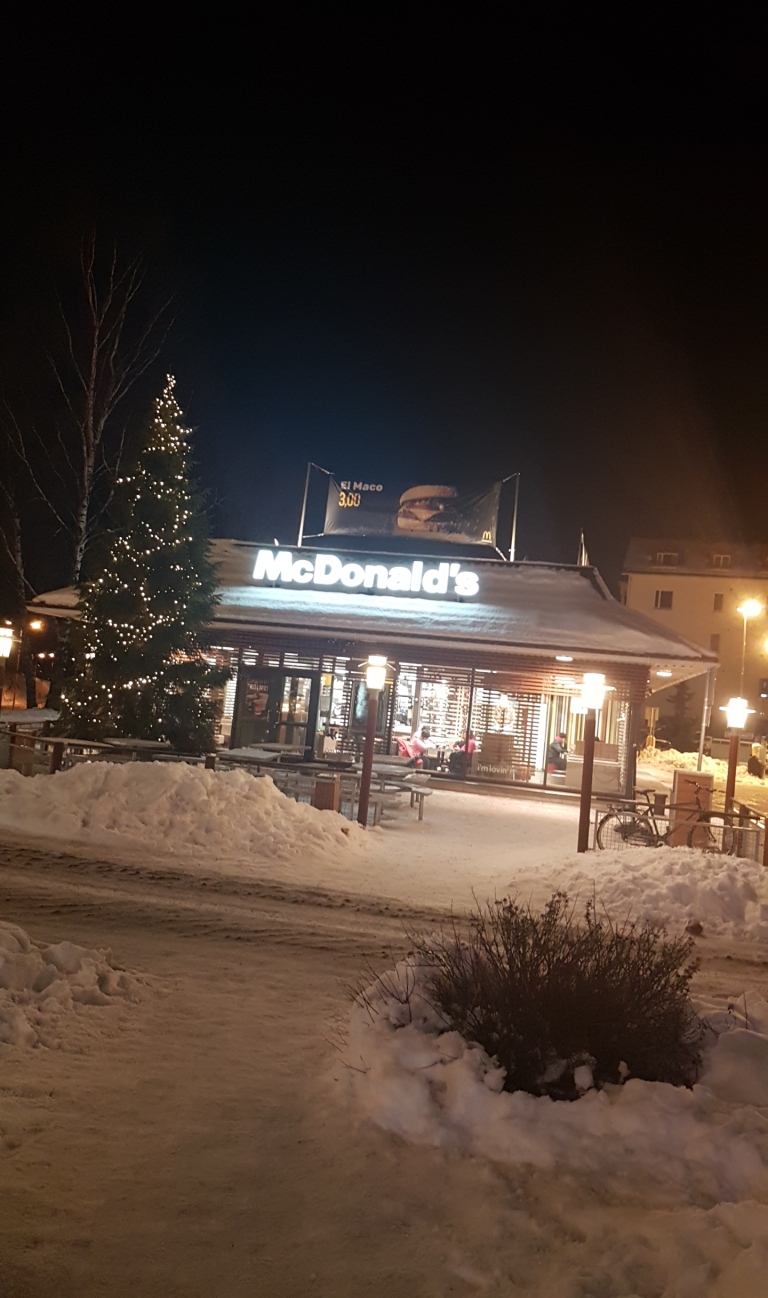 And then headed back towards the Arktikum, as you can sometimes see the northern lights from there.

We spent a couple of hours around the area but it was too cloudy to see anything, so we made the most of the extra deep, untouched snow.

We made footprints in the snow, made snowballs and then walked back to our hotel, ready for bed.

32 Replies to “Holiday to Lapland-Arrival & Exploring”