Last weekend me and my partner drove to Windsor to visit the town and it’s famous castle.

Windsor is just outside of West London and around a one and a half/two hour drive from where we live.

Car selfie on the way. 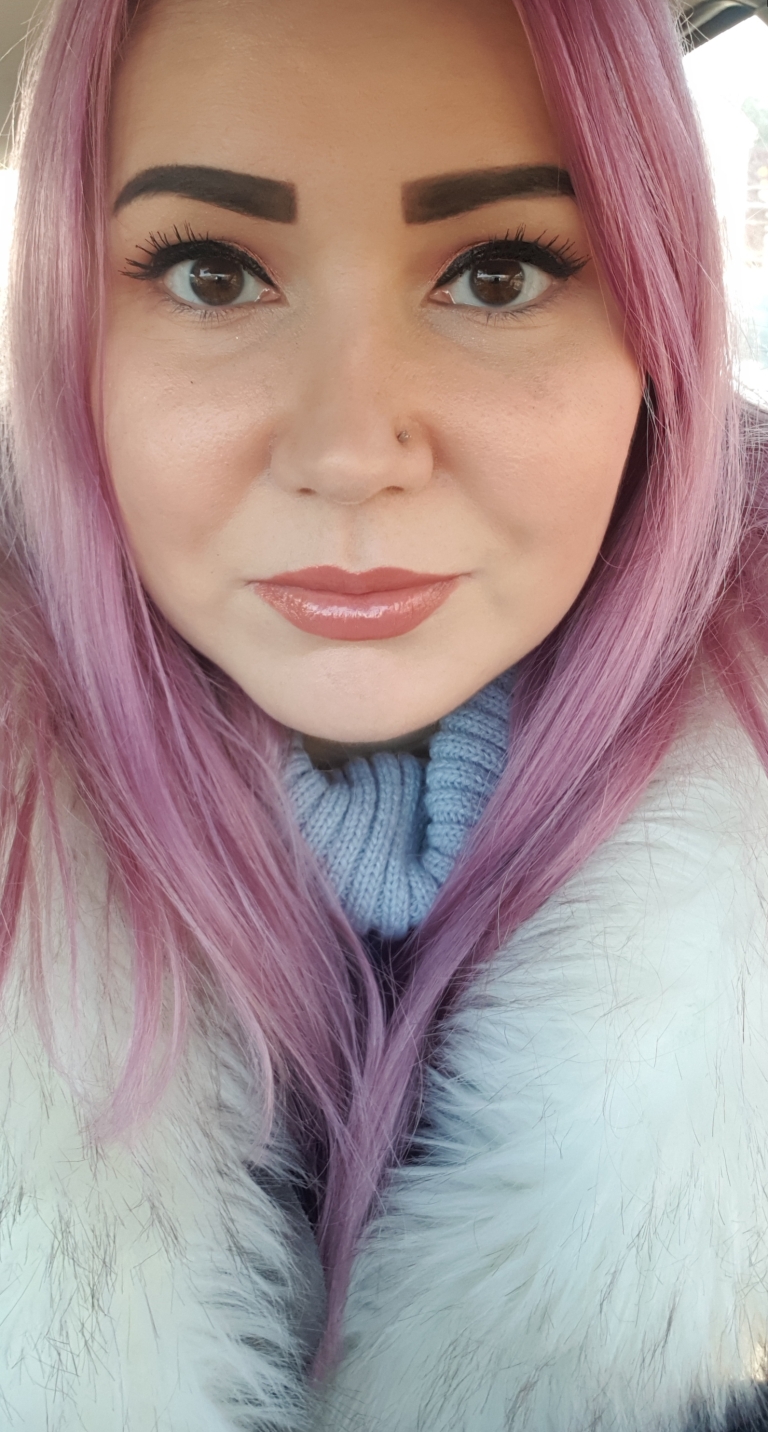 After parking, we made a beeline for Windsor Castle which is a royal residence and the longest-occupied palace in Europe.

Windsor’s had a lot of media attention lately, as the on-site St George’s Chapel is where Prince Harry and Meghan Markle and (even more recently); Princess Eugenie and Jack Brooksbank got married.

Near the entrance of Windsor Castle. 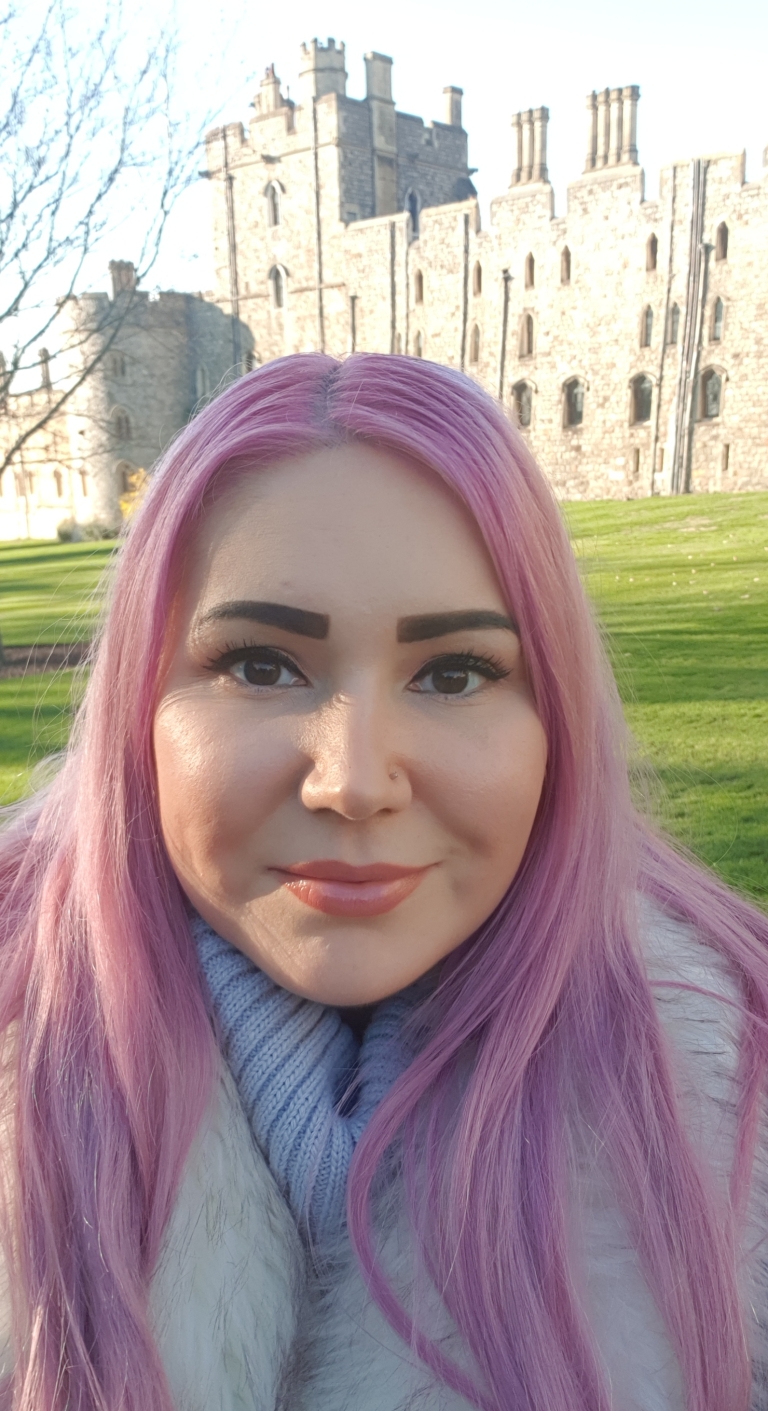 One of the first sights you see is Windsor Castle’s striking Round Tower, built in the 11th century by William the Conqueror to be a fortress, just like the rest of the castle.

In 1110 Henry I became the first royal to use the castle as an actual residence.

Us listening to the audio guide as we explored the castle.

The beautiful views, cobbled roads and countryside feel of Windsor’s grounds, felt like I was walking around a village not a palace!

It’s such a beautiful place, I can see why so many members of the royal family have got married at the Chapel in Windsor.

Me with one of the guards.

Whilst at Windsor Castle we visited the State Apartments which were used by Charles II and his wife Catherine. Charles II designed the rooms to rival his cousin Louis XIV, who created the stunning Palace of Versailles.

The rooms were later changed significantly by George IV.

Whilst at Windsor we also got to see ‘A Royal Wedding: The Duke and Duchess of Sussex’, which is an exhibition that runs until the 6th January 2019.

We saw Harry, Meghan, Prince George and Princess Charlotte’s outfits for the royal wedding, as well as listening to Harry and Meghan talk on the audio guide.

Sadly we couldn’t take any photos inside the buildings, but we really enjoyed ourselves.

After visiting the castle, it was time to explore the town.

Windsor is a beautiful town, with lots of nods to it’s royal status. 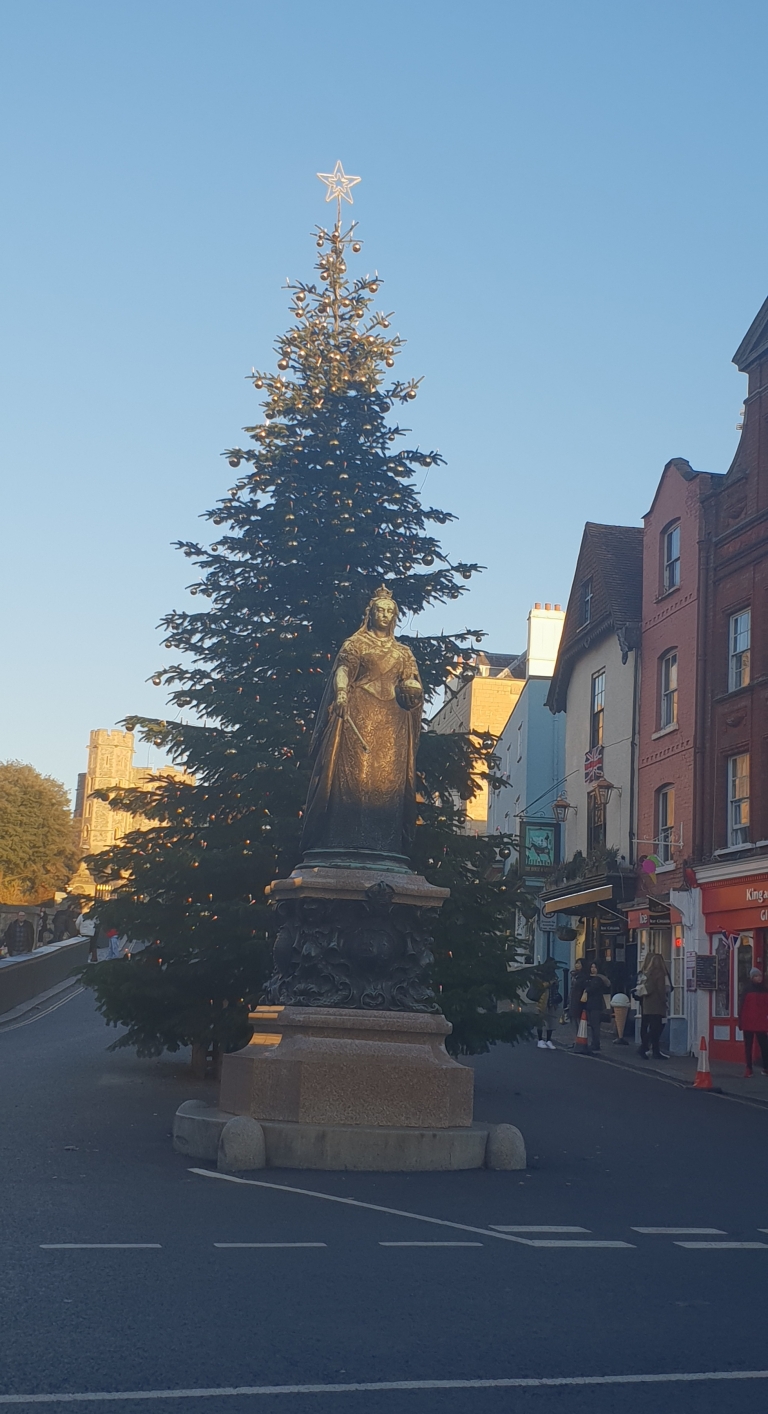 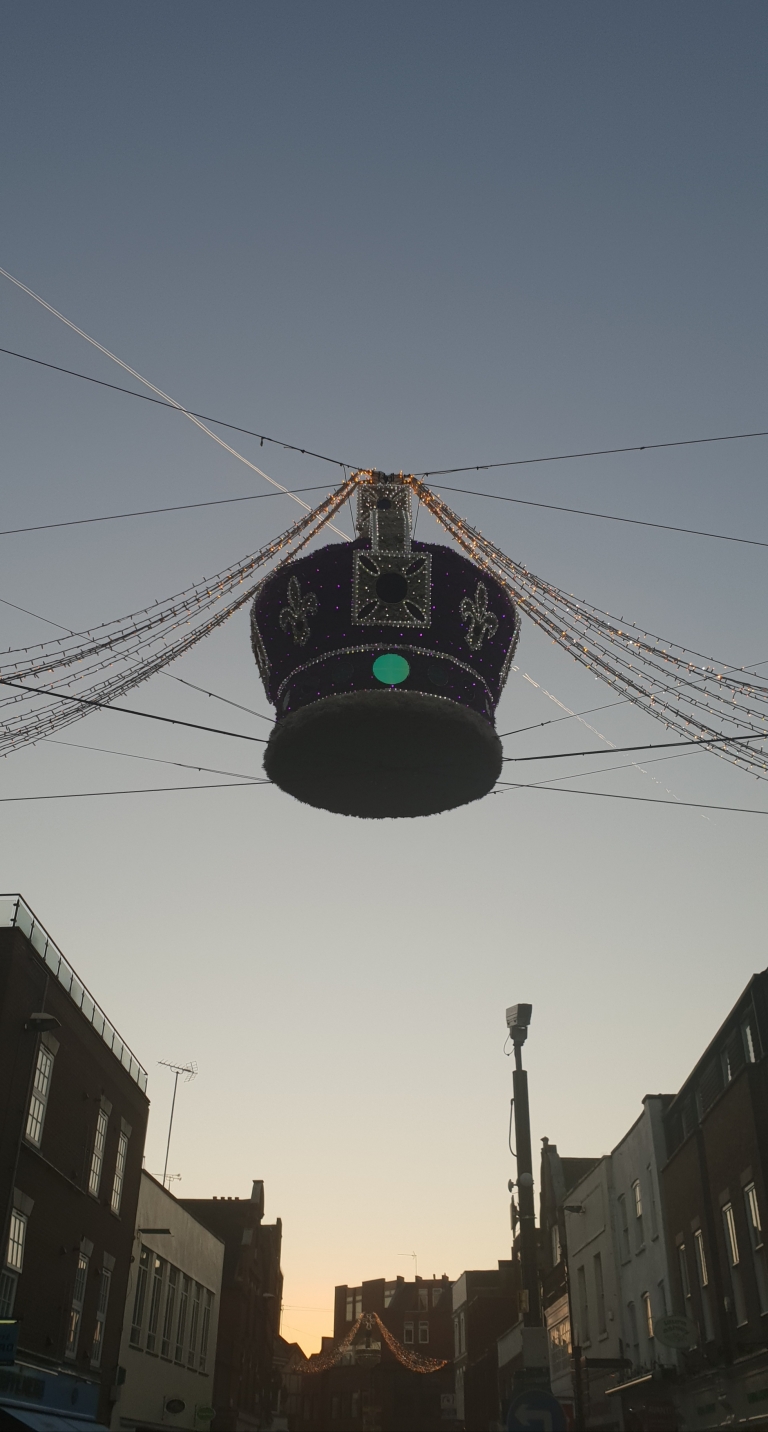 After shopping and wandering around, we headed to Wagamamas for dinner. 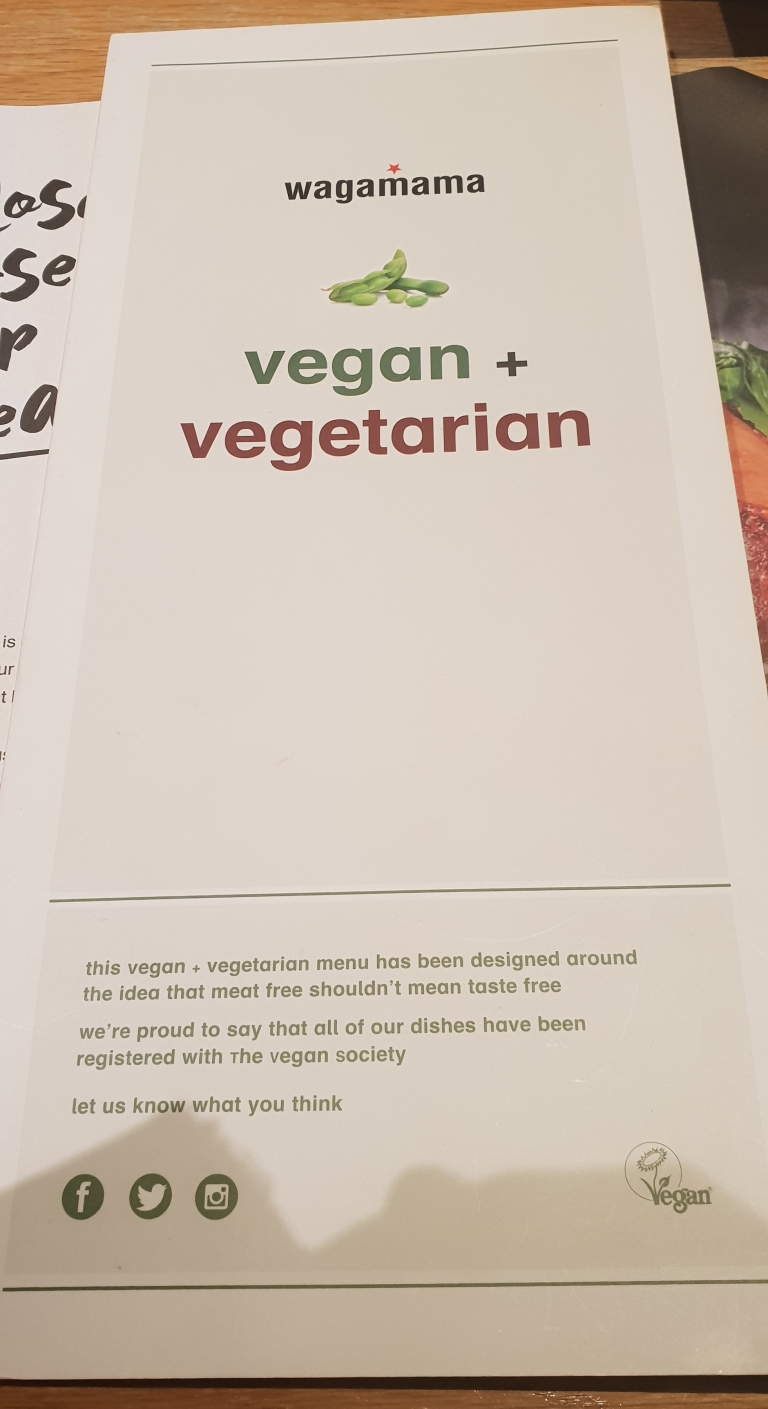 We started with some yasai steamed gyoza. 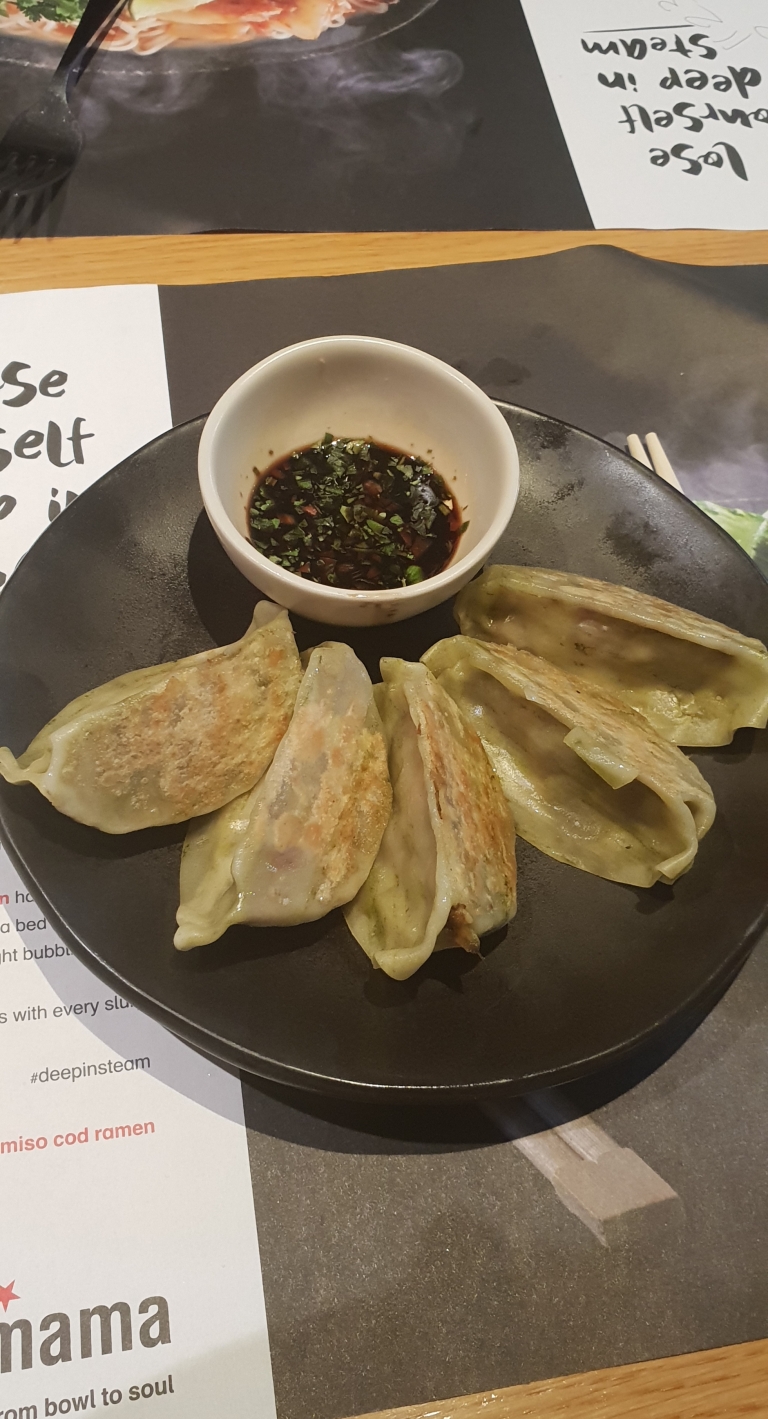 Before ordering a kare burosu for me and a yasai katsu curry for my partner. 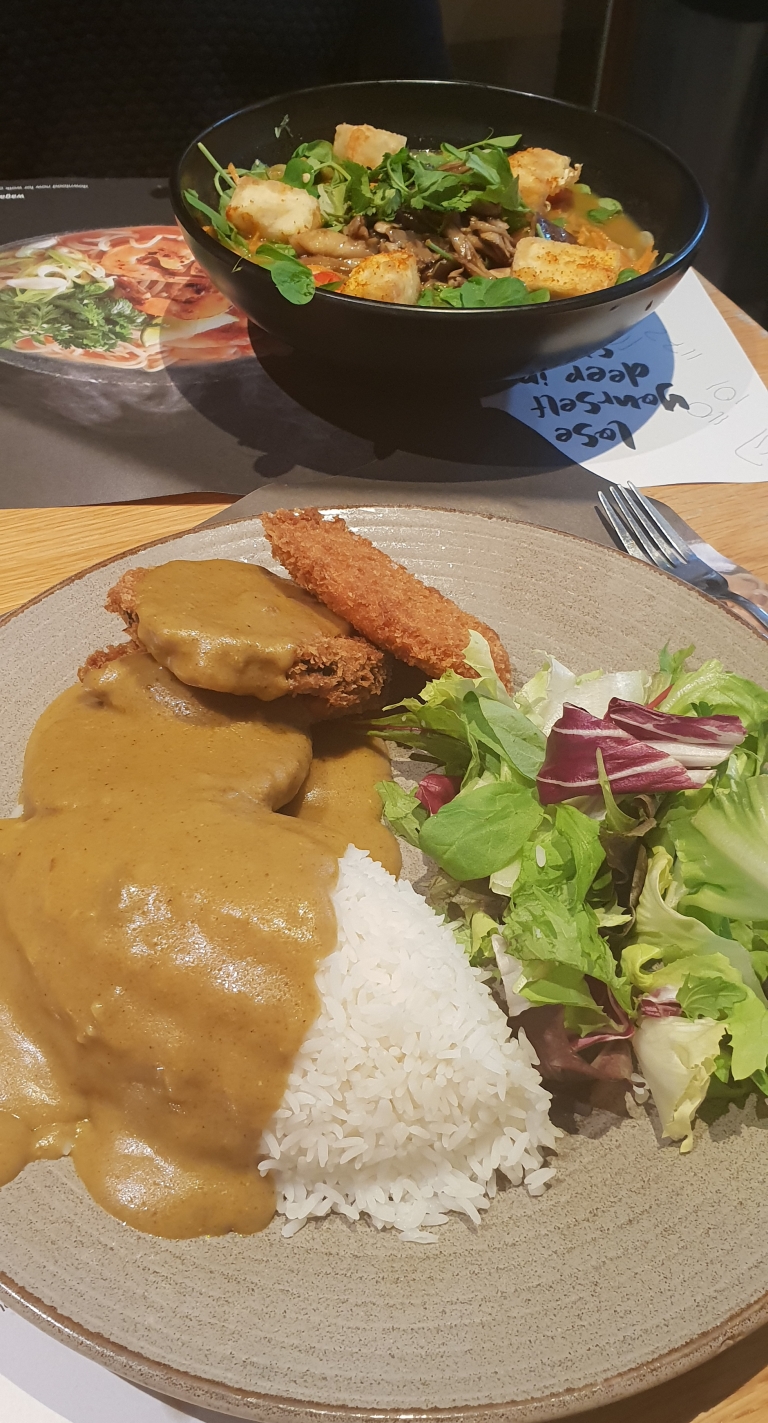 Mine was tofu, vegetables and udon noodles in a curried broth, whilst the katsu is breaded vegetables, rice and a curry sauce. The food was amazing.

After a wonderful day out and bellies full, we jumped in the car and headed back home.

18 Replies to “A Day at Windsor Castle”