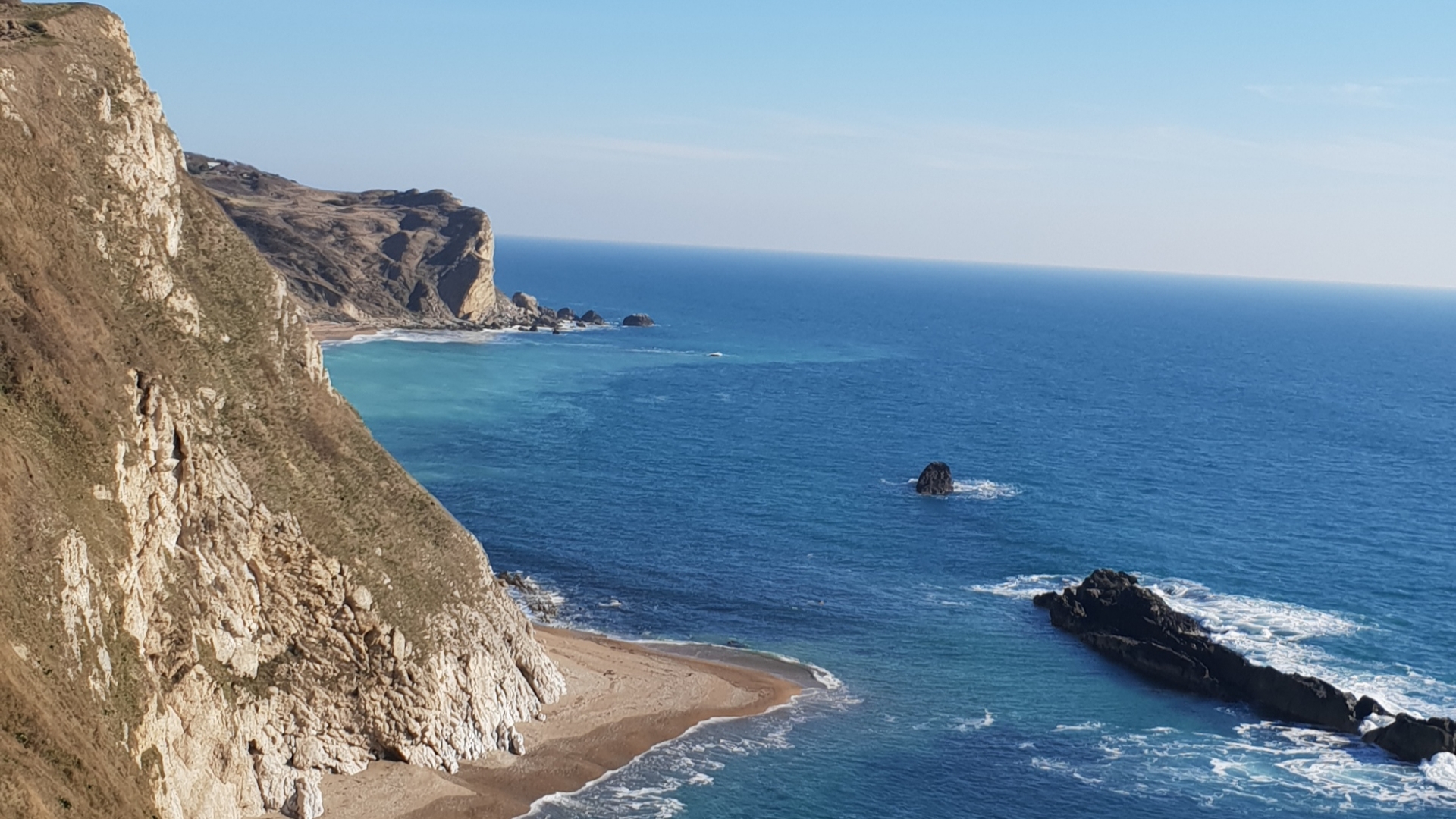 Valentine’s Day started with us having breakfast together. We had vegan Pain au Chocolats, fruit and tea in our lodge.

We looked again at the gifts we got for each other and then we headed out.

We drove down to the Jurrasic Coast in Dorset as it’s a beautiful area. My partner had never been and my last visit was when I was fourteen, so I was excited to show him.

The weather was sunny and very mild for February, just perfect for a day of outdoor activities.

After parking up, we walked downhill towards Durdle Door. 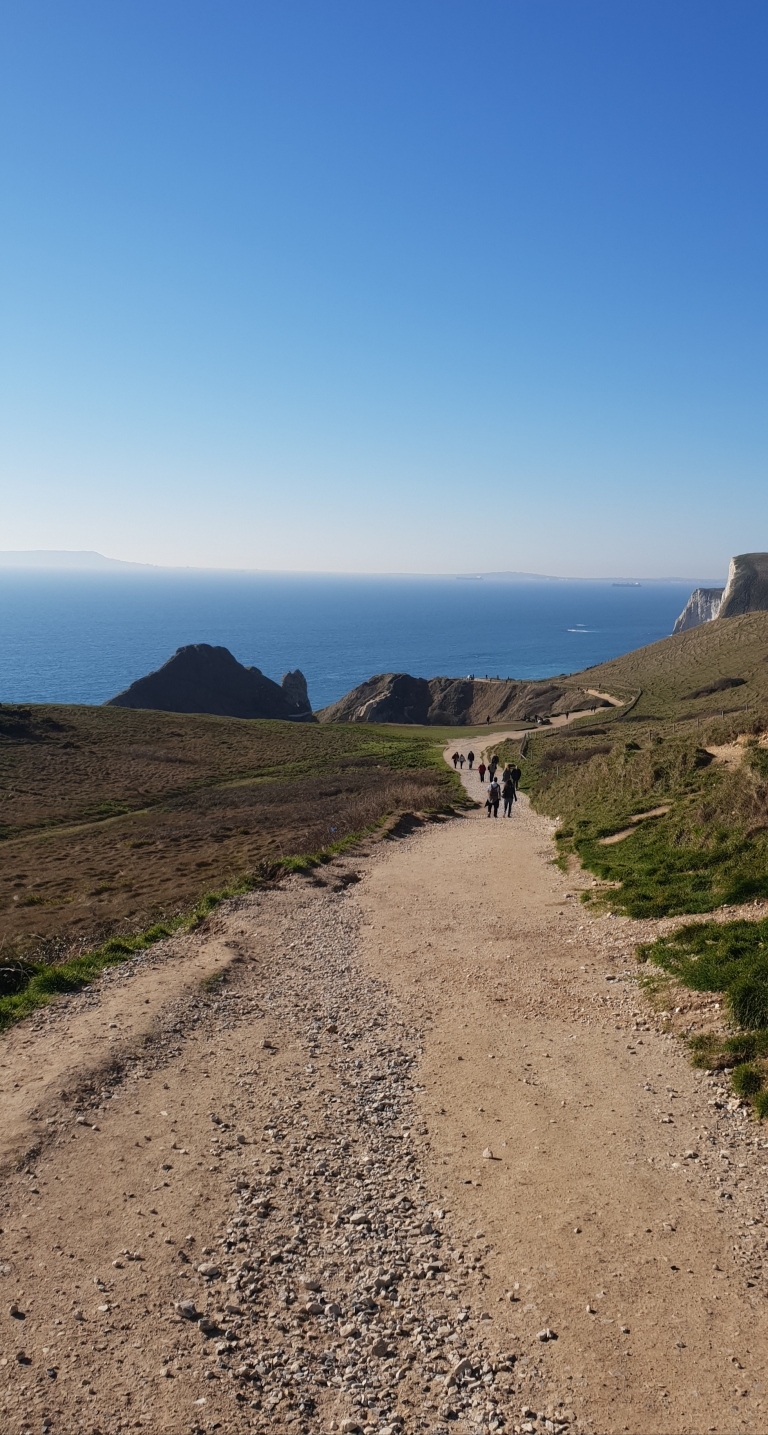 We stopped along the way to admire the scenery and take plenty of photos. 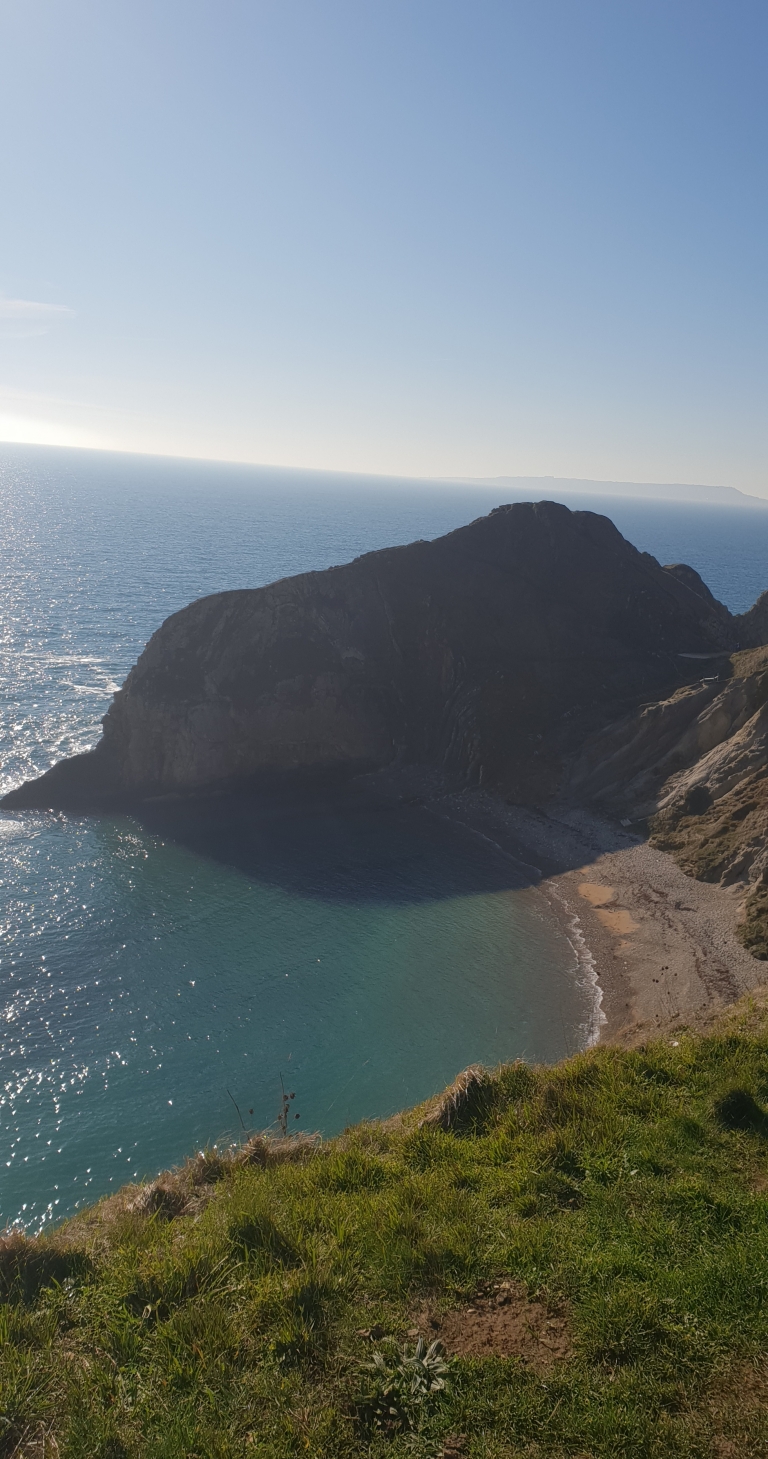 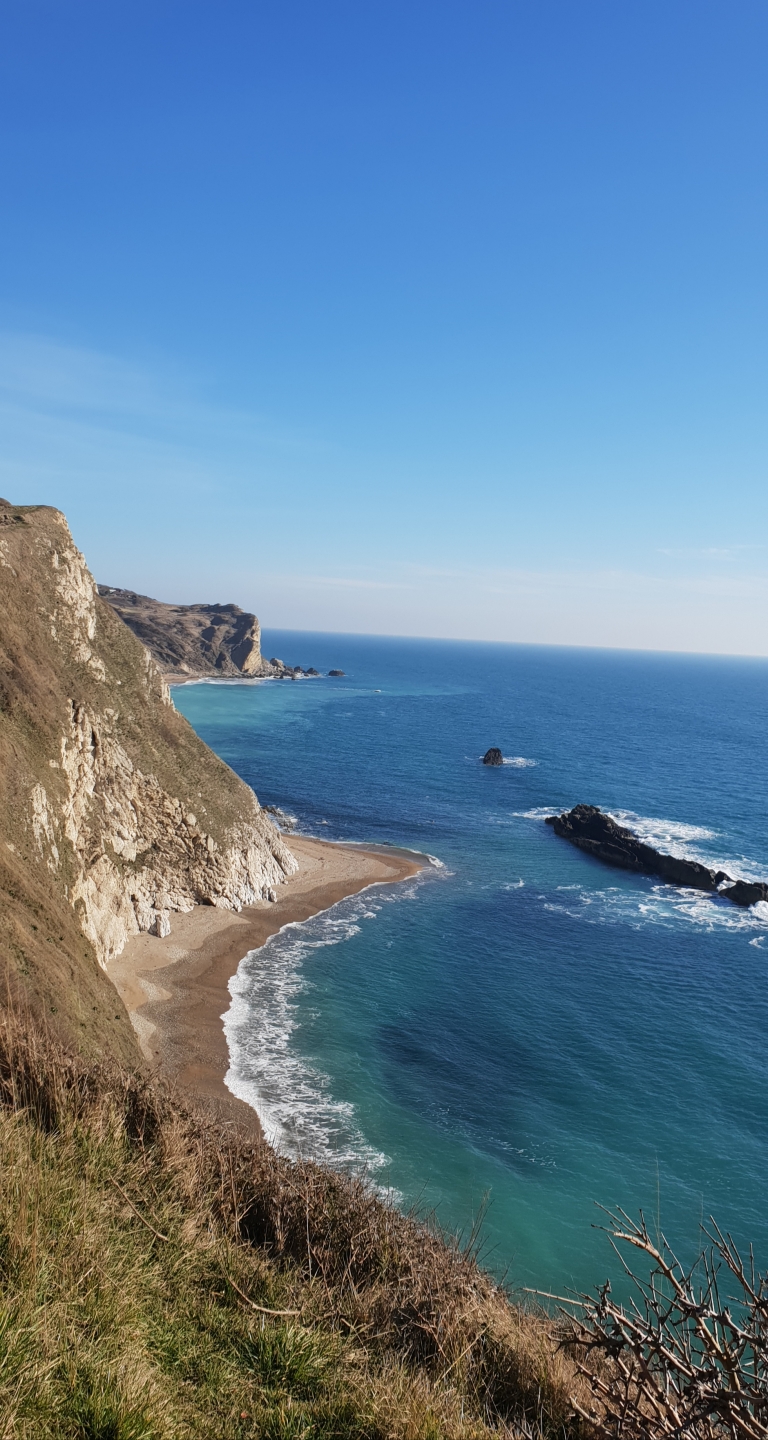 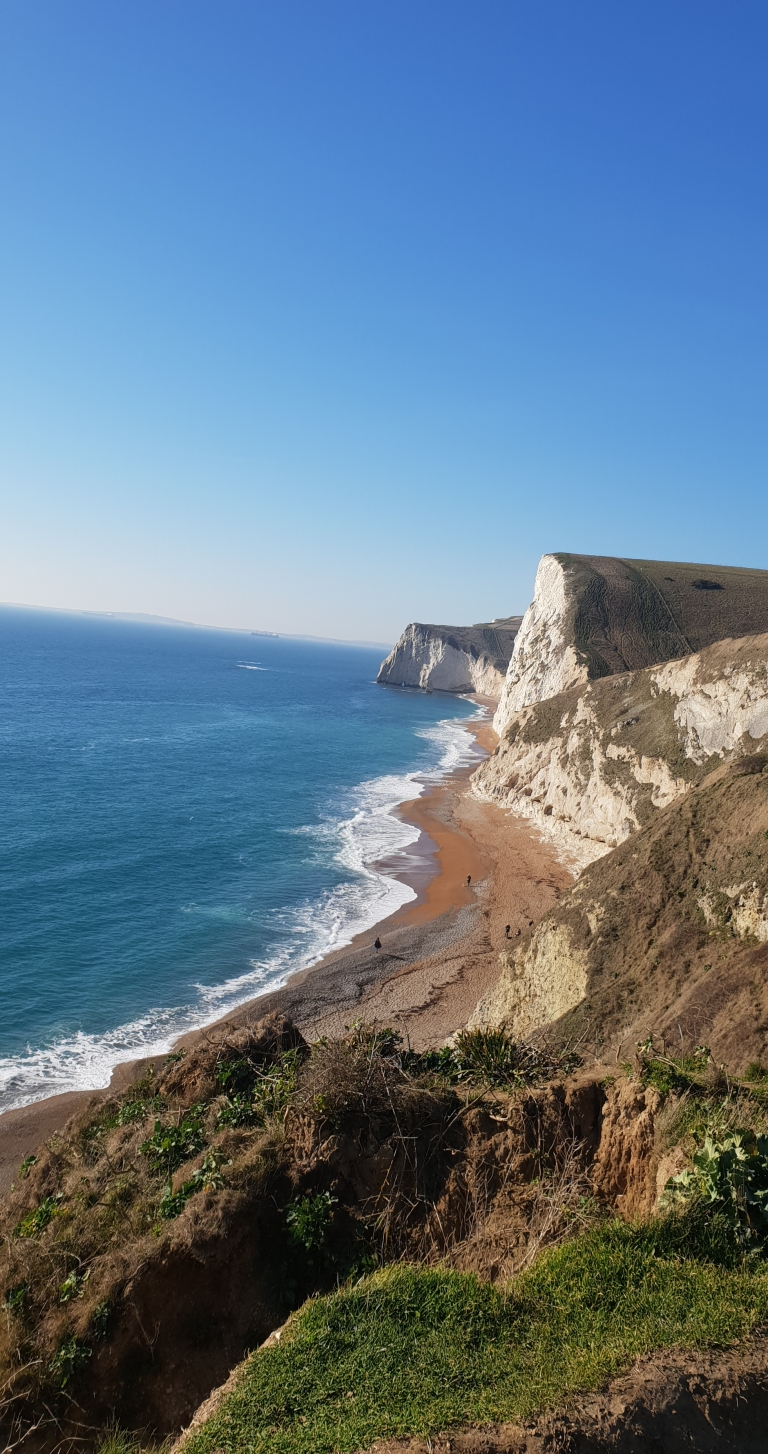 Before Durdle Door came into sight. 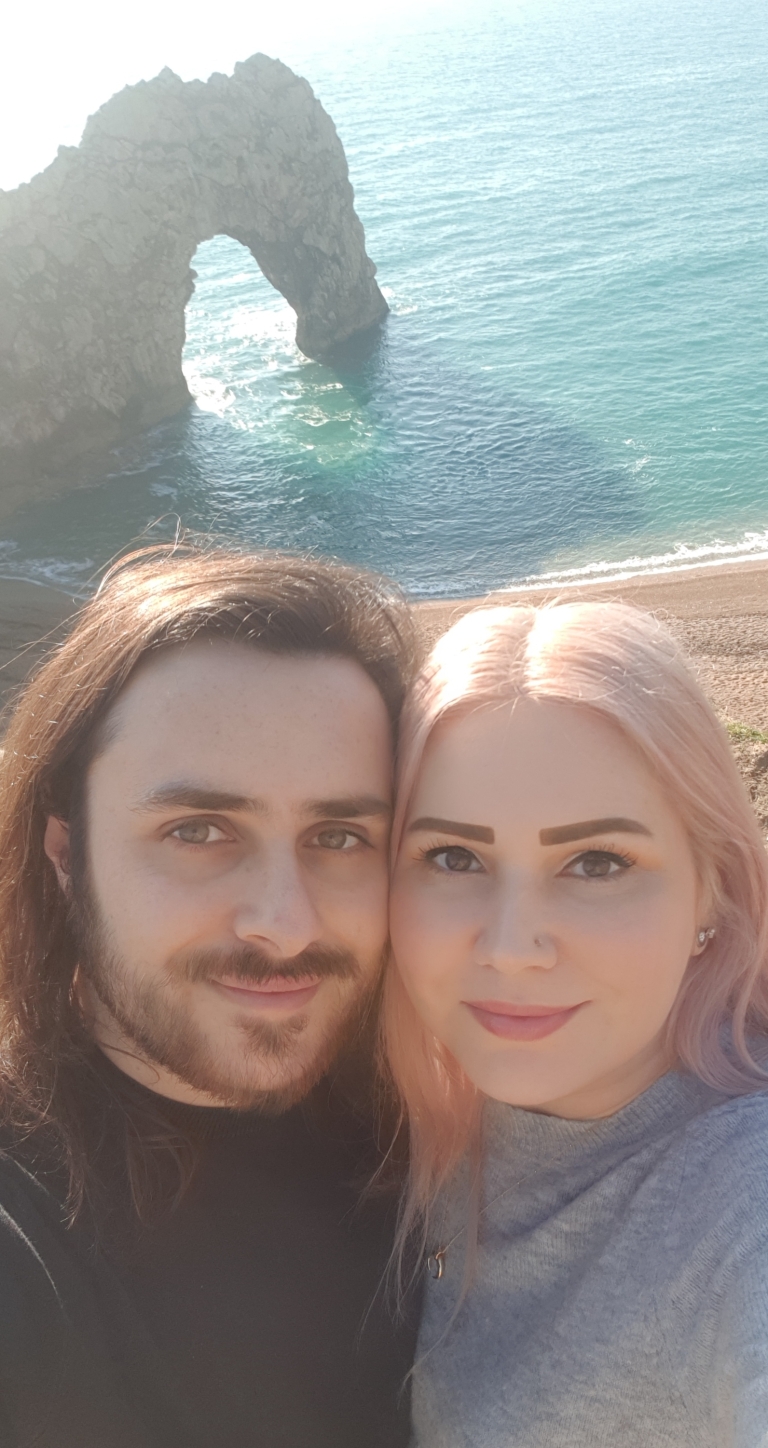 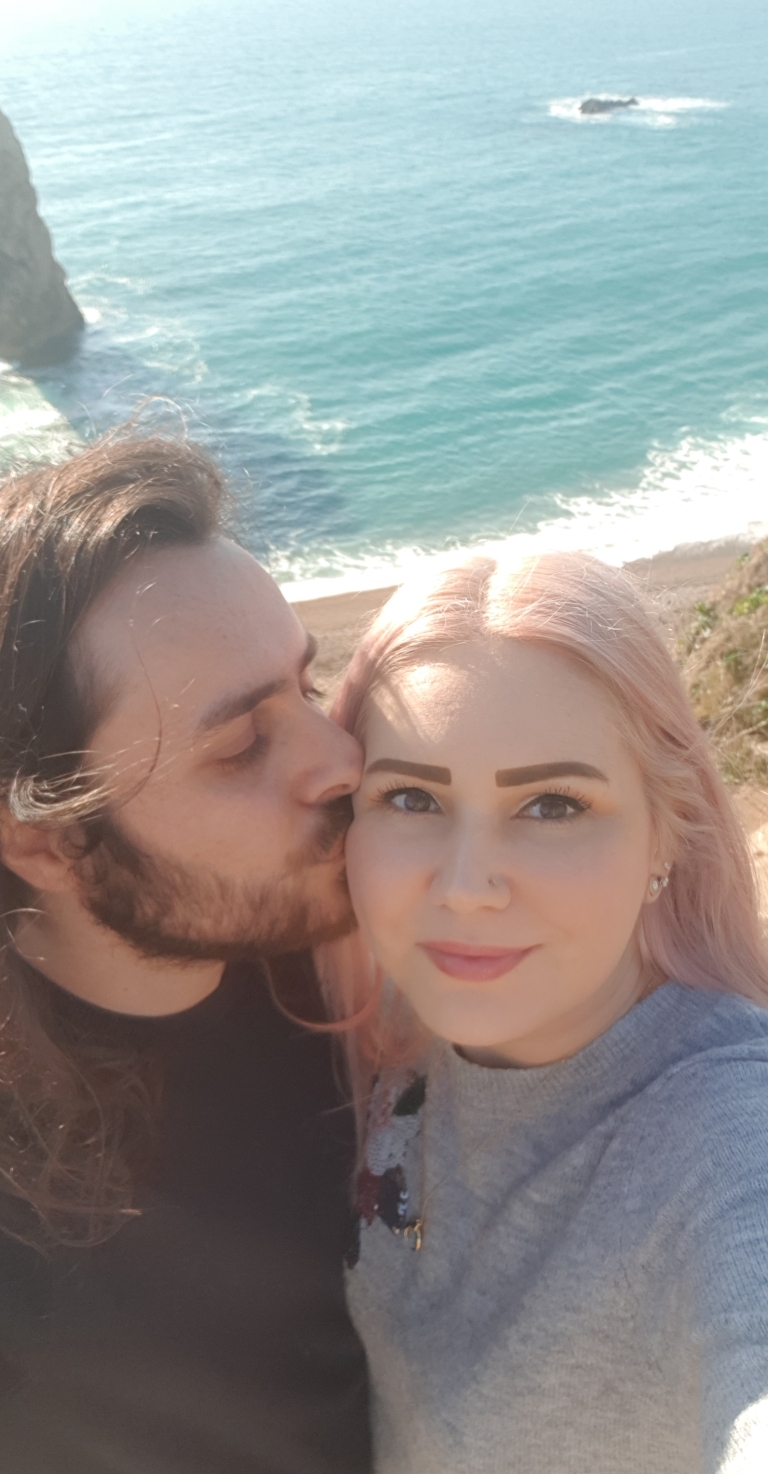 We walked down flights of steep steps, before finally arriving on the beach. 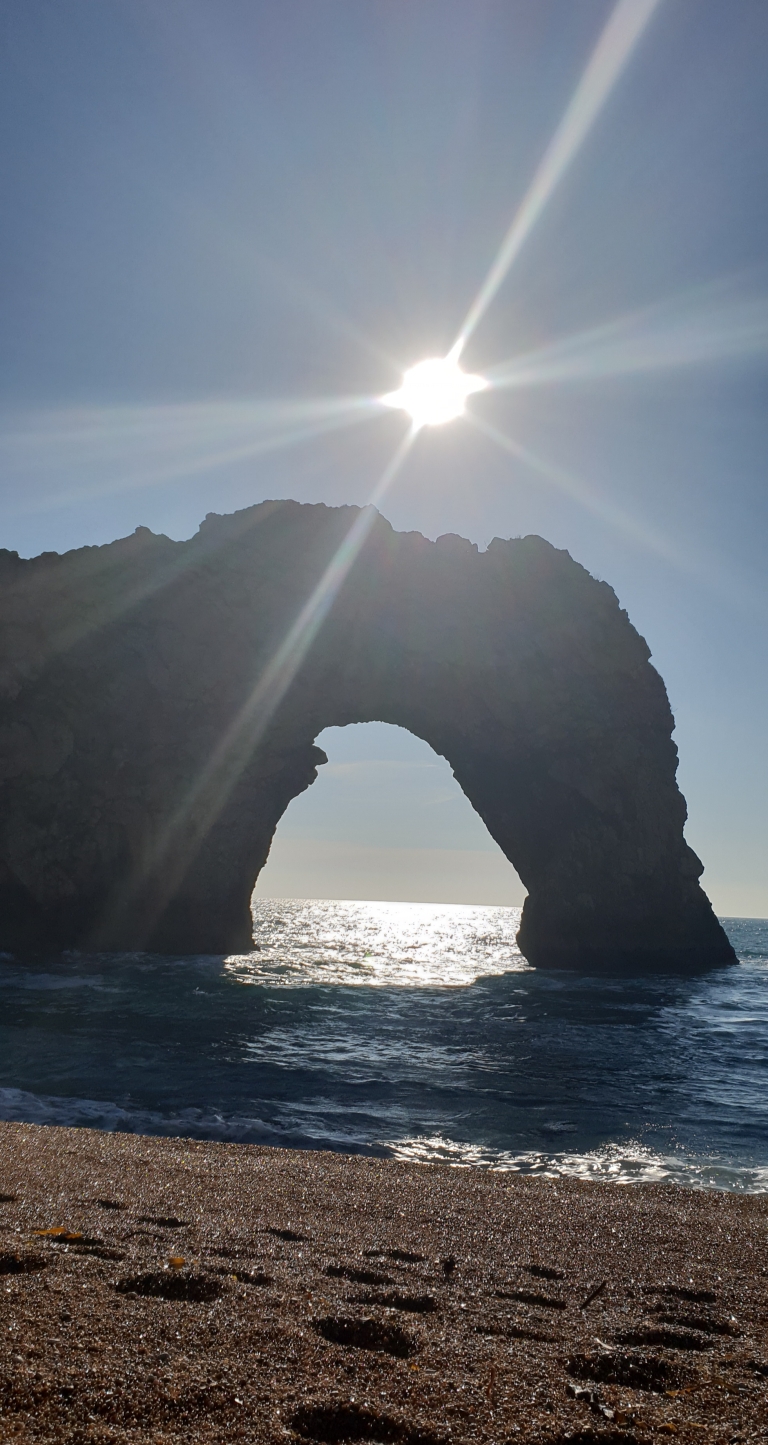 We spent a couple of hours sitting on and wandering along the beach, taking in the natural beauty of the area.

After appreciating nature, we jumped in the car and headed to Monkey World Ape Rescue Centre.

The first thing we did was hit up the cafe, which had a lot of vegan options. We both got a cauliflower, chickpea and curry pasty and oh my, it was delicious!

Then it was time to see all the rescued monkeys.

Monkey World was originally set up in 1987 to provide a home for abused chimpanzees used as props by Spanish photographers. It’s now home to many different primates who have had tough beginnings. 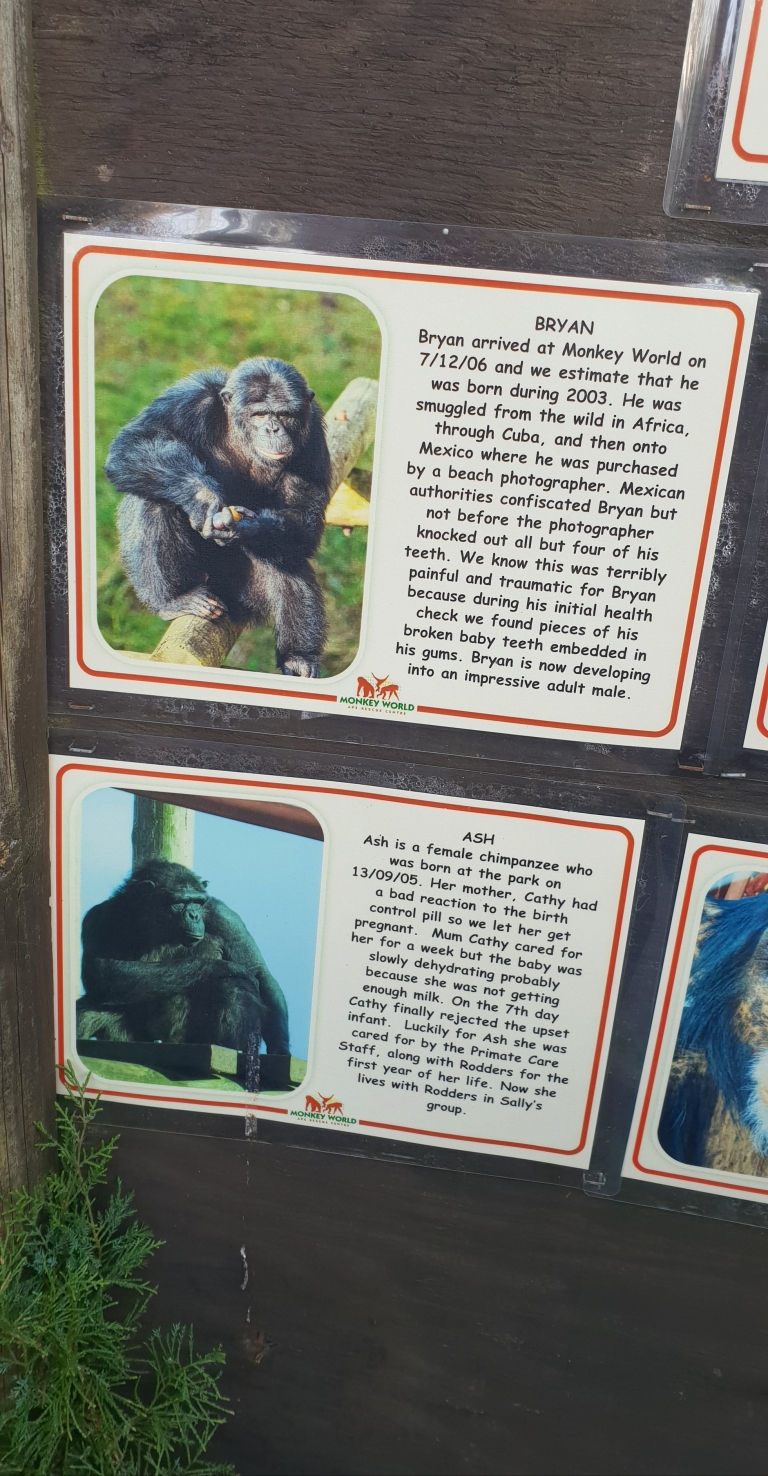 I didn’t take many photos, as I mostly filmed the monkeys. Not only were they playful and energetic, but they also looked happy and well cared for.

I would a hundred per cent recommend a visit to Monkey World, as it’s a great rescue centre and sanctuary to support.

After a wonderful day, we was ready for a feast. We had a table booked at The Railway Pub and Kitchen, a cute little place that makes their own food and uses local ingredients.

Pink gin and lemonade for me.

For starters we ordered frickles (fried pickles) with a bbq dip and nachos.

For mains we both got a bbq mushroom slaw burger with chips.

And for dessert we shared some cinnamon churros with chocolate dipping sauce. 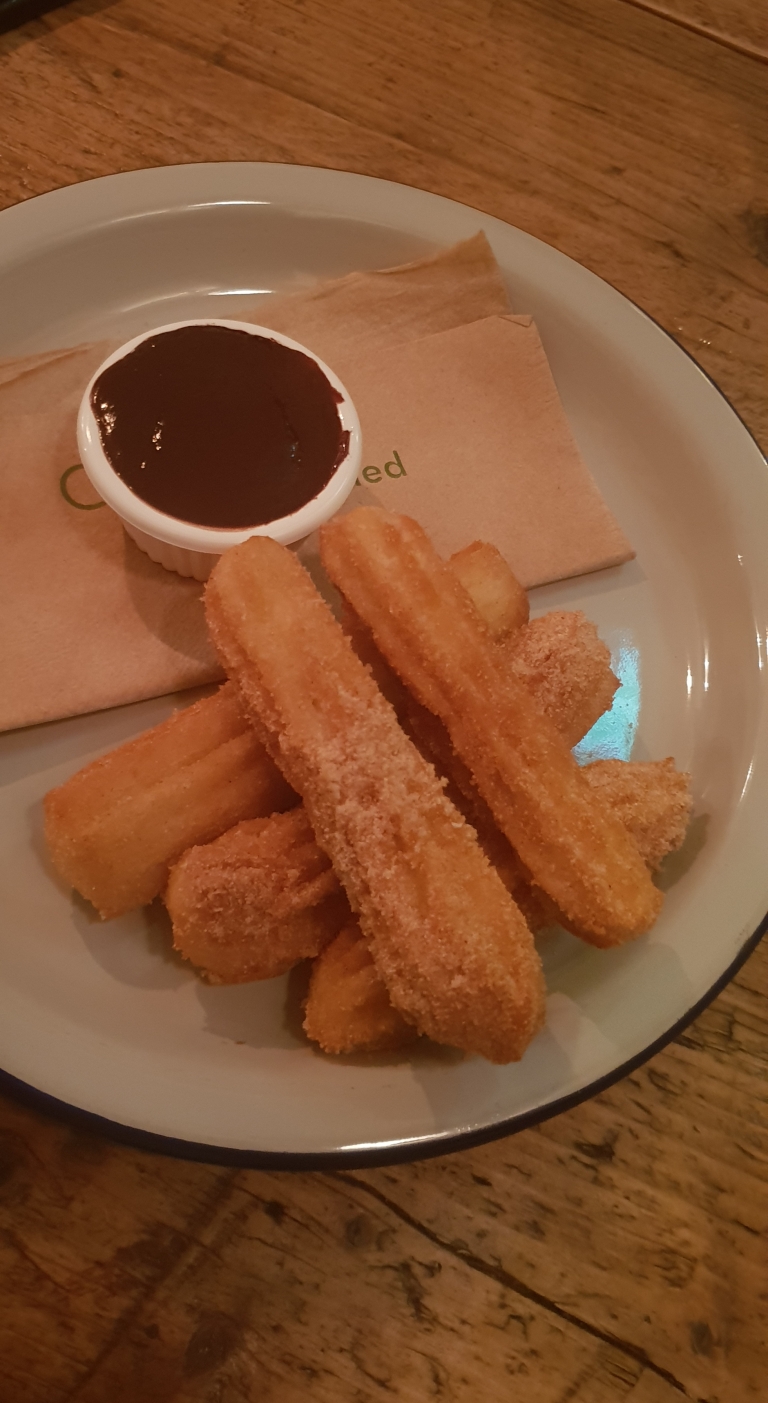 Everything was vegan and totally delicious.

Everytime we’re in the New Forest, we make sure to visit the Railway as the food is so good.

After the most perfect Valentine’s Day, we headed back to our cosy lodge to drink champagne and snuggle in front of the TV.

19 Replies to “Holiday in the New Forest-Valentine’s Day”