Early April me and my partner went to the latest Vegan Nights event in London. 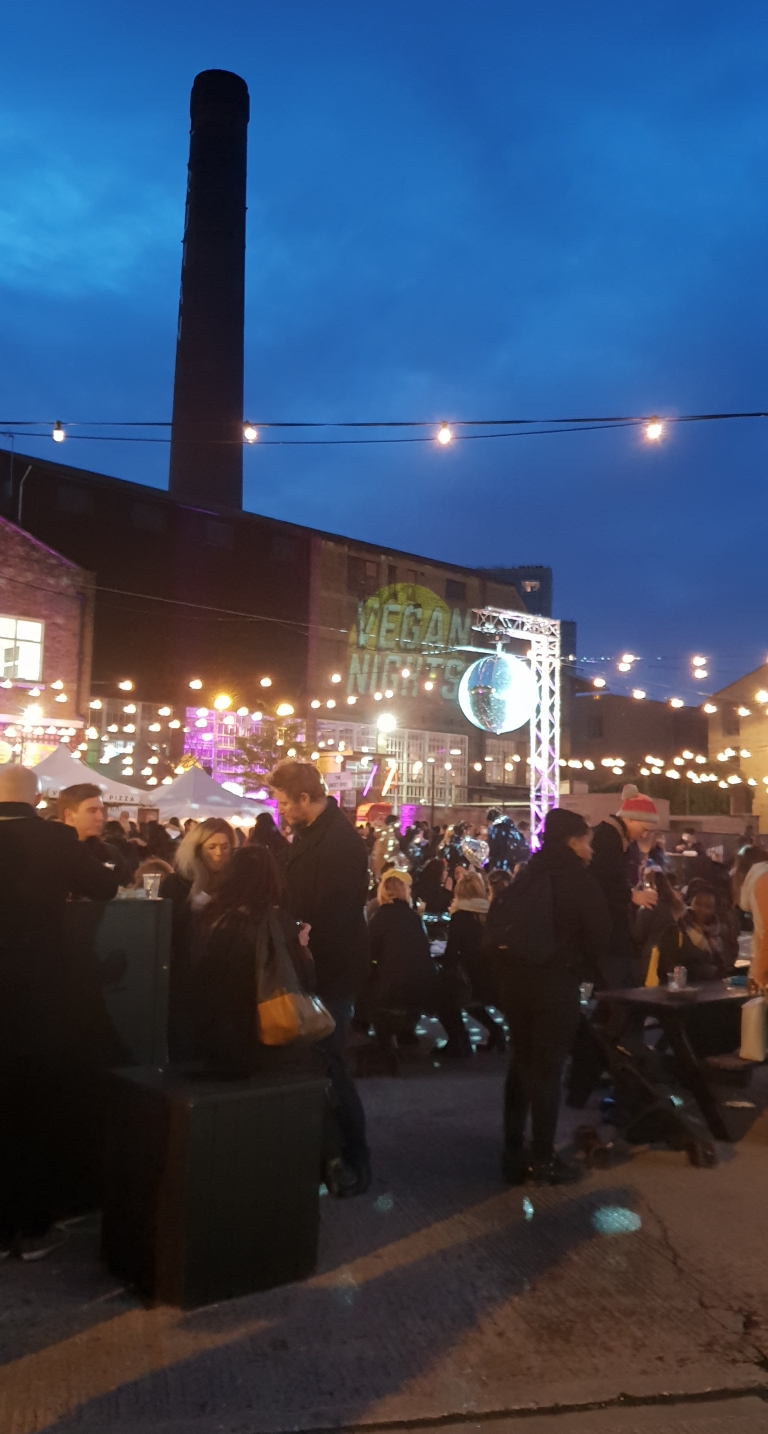 Vegan Nights is a monthly, ticketed event in the capital and there’s food stalls, cosmetics & household items to buy, DJs, as well as several bars.

Upon arrival we headed straight for the food stalls! We tried delicious cinnamon churros with chocolate and caramel dips from Love is Churros. 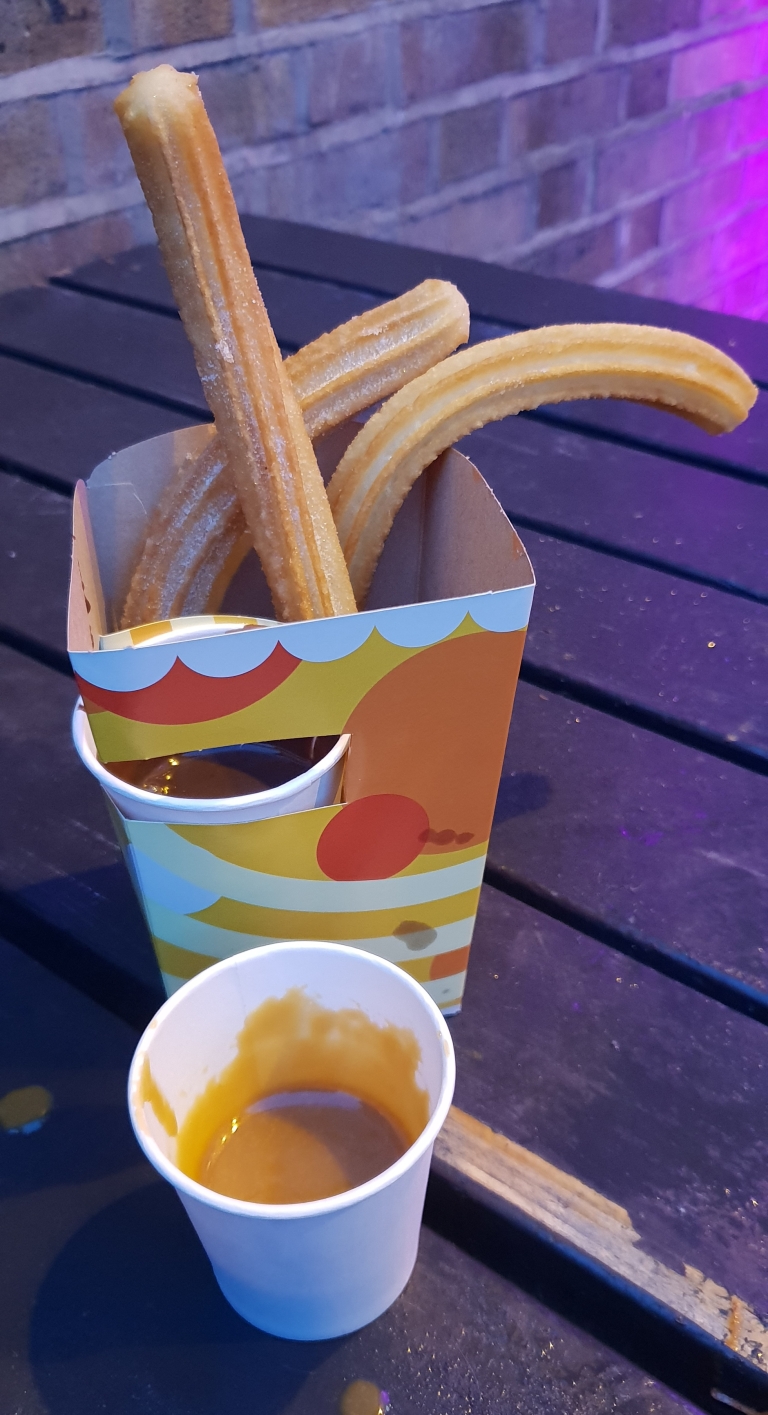 Honestly, I can highly recommend these, each mouthful was heavenly.

Following on with more food, we ate at Arancini Brothers which is one of our go-to stalls.

We had the arancini (fried rice balls) with mustard, ketchup and onions.

We already knew the food would be great. The arancini balls are amazing, as are their burgers (which they didn’t sell on this particular night).

Taking a break from food, we headed inside to watch the Bosh! boys do live cooking demos.

Henry Firth and Ian Theasby released their vegan cookbook called Bosh! in 2018 and it’s the best selling vegan cookbook of all time. They launched their second book, Bish Bash Bosh on the 4th April, which is why they was at Vegan Nights.

To celebrate launch night, they did cooking demos, signed people’s books and did a DJ set.

Me with the Bosh! boys.

Both Henry and Ian were super friendly and I can’t wait to try out some new recipes from their book.

As it was getting late we hit up two more food stalls, starting with Omkara.

We ordered the Matar Pattice Chana Chaat, which is deep fried patties with potato and peas on top of a chickpea curry.

Hell to the yes! This was fantastic. I’ve recently eaten at two vegan Indian stalls/restaurants that I would highly recommend, Omkara is one and SpiceBox is the other. Go visit!

And to end the night we ate at Mocky-D, which does McDonald’s style burgers, just vegan. 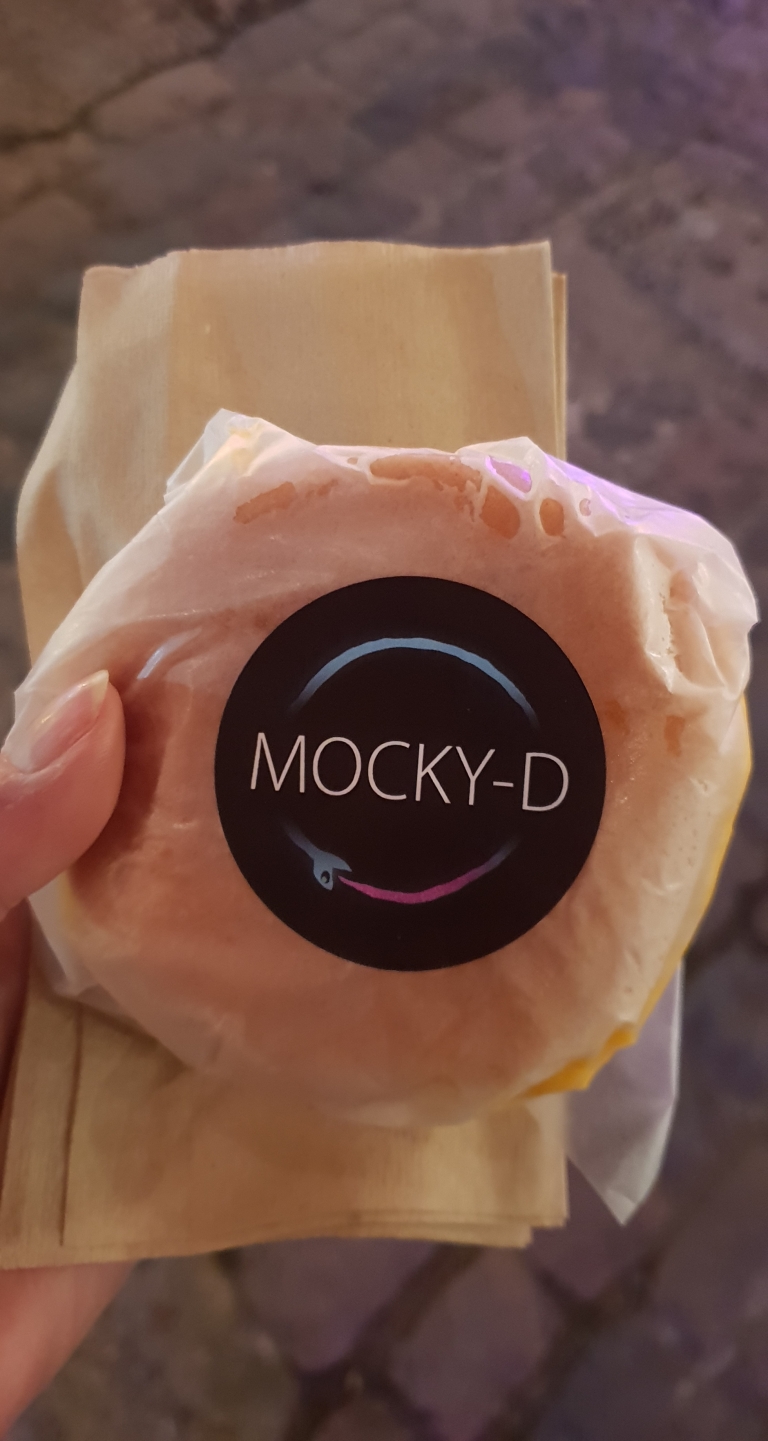 We got a cheeseburger, which was quite realistic (from what I remember), but it wasn’t for me.

After a super fun night we drove home, bellies full and feeling happy.